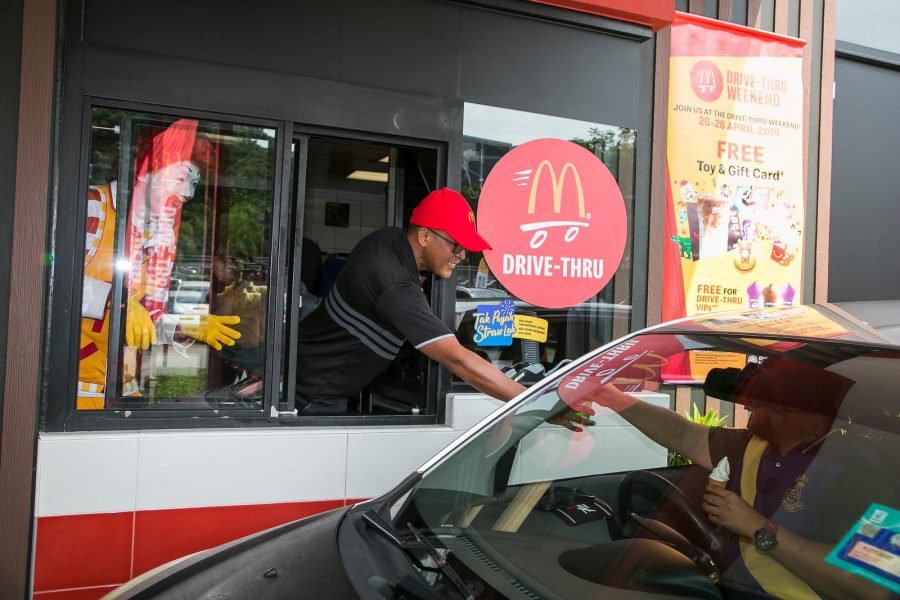 Drive-thru has become a common sight in Korea as more eateries add the pick-up service amid a surge in singles’ life.

McDonald’s Korea which introduced the first drive-thru experience in Korea in 1992 now runs it in more than 250 locations, which means six out of 10 of its stores have drive-thru windows. It has steadily invested in the system to meet customers` demand amid lifestyle changes and commonness of personal vehicles.

Drive-thru locations require bigger space for the queue of traffic waiting to order and greater staffing, but the investment pays off as it helps sales grow much more than traditional outlets, according to the fast food chain.

Starbucks Coffee Korea has expanded the drive-thru corners to 203 locations, or 15 percent of all its outlets, since it first tried out in 2012. Four out of 10 visitors to Starbucks stores with drive-thru windows order inside their cars, and such locations are visited by 20 percent more than others, according to the company.

Homegrown coffee shop chain Ediya Coffee opened its first drive-thru in Yeosu, a southern coastal city, in hopes to give more convenience to travelers to the city with many tourist attractions. In less than a month of business, 30 percent of its revenue came from drive-thru ordering, Ediya Coffee said.

Domino’s Pizza Korea also installed drive-thrus at 10 outlets in April and increased the number to 91 in August. Daily orders have since surged by 20 times, with stores receiving doubled orders since the addition.

Most of the drive-and-pickup customers visit Domino’s Pizza outlets between 4 p.m. and 8 p.m., while the longest queue is seen at lunch time between 12 p.m. and 1 p.m. at Starbucks stores.