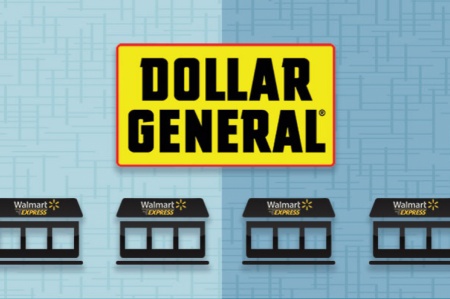 In January, Wal-Mart Stores Inc. shut down all 102 of its smaller-format Walmart Express stores, part of an effort to shutter 269 underperforming stores worldwide and 154 in the U.S.

Walmart Express stores were the 10,000 to 15,000 square foot locations that the retailer began opening in 2011 to compete with dollar-store chains like Dollar General and drugstore retailers in more residential and even urban areas. The idea was encouraged by previous CEO David Glass, according to Howard Davidowitz, chairman of Davidowitz & Associates Inc., a New York City-based retail consulting and investment banking firm. Glass found that dollar stores were beating Wal-Mart even though Wal-Mart was beating them on price.

Considering the on-going success of dollar stores in an otherwise tough retail market these days, Davidowitz questioned Wal-Mart’s move to shutter all its Walmart Express locations.

“It’s intelligent to close weak stores, that’s good management,” he told Retail Dive earlier this year. “But part of it looks very strange to me and that is closing all their Express stores. It’s very mysterious that they’re closing stores in the best part of retailing. When you double the number of people in poverty, that’s why extreme value is popular.”

Wal-Mart CEO Doug McMillon said last year the retailer, whose customer base includes lower average incomes than those of rivals Target or Costco, was working to appeal to higher-income shoppers with cleaner stores and expanded offerings like organic food. But wealthier millennials like to shop at dollar stores like Dollar General, attracted by their prices and perhaps also their more convenient locations,research shows.

The number of heads of households shopping at dollar stores under 35 years-old earning more than $100,000 a year increased 7.1% between 2012 and 2015, compared to 3.6% at all retail stores, according to Nielsen. Plus, some 29% of millennial dollar store consumers earn over $100,000 annually and accounted for about 25% of sales at those stores, according to market research firm NPD’s Checkout Tracking.

Target is on track to continue its own effort to compete with dollar stores, with plans this year to open 14 more smaller-format stores in more urban areas.

Meanwhile, Dollar General is taking advantage of Wal-Mart’s abandonment of the concept, taking over the retail giant’s somewhat bigger layouts, fresh food aisles, and, in some cases, gas stations.

“Dollar General is excited to add these locations to our existing store base. We look forward to the opportunity to better serve our customers in these communities by continuing to provide the convenience and value they expect from Dollar General,” CEO Todd Vasos said in a statement.

From Online to In-Store