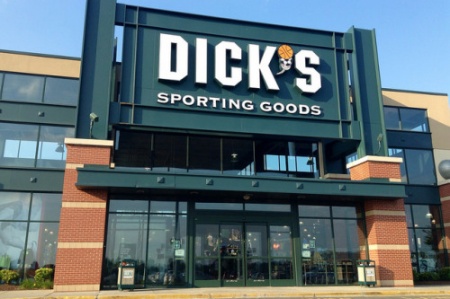 n”>Dick’s Sporting Goods Inc, the largest U.S. sporting goods retailer, said on Thursday it was the successful bidder in the auction for the intellectual property of bankrupt competitor Sports Authority with a bid of $15 million.

Dick’s shares jumped as much as 6 percent after Reuters first reported the development earlier, which ensures Dick’s will no longer be competing against the Sports Authority brand. Dick’s shares closed up 4.1 percent at $45.06.

Dick’s and Sports Authority still have to finalize paper work on the deal, and a U.S. bankruptcy court judge has to approve it, the company said in a regulatory filing. The bankruptcy court’s hearing to consider approval of the deal is scheduled for July 15.

Sports Direct International Plc submitted a bid of $13 million for the intellectual property, a source said. The British firm would be a back-up bidder if Dick’s is unable to close the deal, though that is not expected, the source added.

Dick’s said it also plans to take over the leases for 31 Sports Authority stores for an additional $8 million.

The naming rights to a football stadium in Denver, Colorado, home of the National Football League’s Denver Broncos, are still up for grabs.

Sports Authority, with 464 stores across the United States, had been a formidable competitor to Dick’s. But the retailer struggled with a heavy debt load and competition from online giant Amazon.com Inc, as well as retailer Wal Mart Stores Inc.

Dick’s could create an off-price chain under the Sports Authority brand, said Matt Powell, a sports industry analyst at the NPD Group. Discount is a growing sector in retail, he said.

Sports Authority held a bankruptcy auction for its assets on Wednesday, and the process wrapped up early Thursday morning, the people said.

It filed for bankruptcy in March