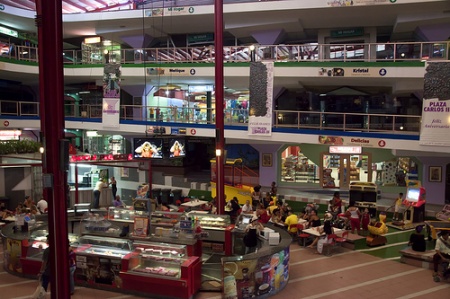 There’s no doubt it has been a historic few months in Cuba/U.S. relations, with the last vestiges of the Cold War continuing to melt in the Caribbean.

In March, when President Barack Obama and his family traversed the 90-mile stretch separating the two countries, he became the first U.S. President to visit Cuba since Calvin Coolidge in 1928. The Obama trek followed seven months after the U.S. opened its embassy in Havana for the first time since 1961, a year before John F. Kennedy declared “an embargo upon all trade” in response to Cuban officials nationalizing U.S.-owned Cuban oil refineries without compensation—a move that essentially halted American business on Cuban shores for more than half a century.

A handful of U.S. brands like Verizon, Airbnb and Netflix have recently extended their services into the Cuban market as relations between the two nations continue to improve. But anyone who thought that recent events might also signal new opportunites for American retailers to move into Cuba would be mistaken, experts tell Retail Dive.

“I don’t think things have really thawed very much, as far as potential for retailers,” said Eric Leenson, founder and president of SOL2 Economics, a firm that builds links between socially responsible enterprises in the Americas. “Since 2014, there’s kind of been a little bit of an exaggeration in the U.S. press, I think, as far as what has happened [in Cuba] and how much has happened. A lot has changed, but there are a lot of obstacles on both sides.”

For Generation X-ers like Obama (born the same year the Havana embassy closed) and younger Americans, the once-tight social and financial ties between the U.S. and Cuba are known solely from history books and maybe movies. But many older citizens of both countries remember them well. That’s helped foster hopes that a less hostile relationship could mean that meaningful trade would resume.

Some advocates look to Iran, where a similar relaxation is taking place. In January, after the U.S. and Europe lifted resource and financial sanctions that had been imposed for years, some $100 billion of Iranian assets were released, and the effects on commerce were immediately evident. Iranian president Hassan Rouhani and several Iranian businesspeople left toute de suite for a tour of Rome and Paris, along the way inking deals worth billions.

U.S. companies, however, have been left out of those opportunities because Congress has kept the embargo on U.S./Iran trade mostly in place—and the same goes for Cuba. The U.S. continues to allow only the same limited tradewith Cuba it’s supported for years, centered primarly around agricultural products and medical supplies.

A recent study conducted by the U.S. International Trade Commission estimates that total American-made exports could reach $1.6 billion from their current level of $225 million should both the U.S. and Cuba lift trade barriers.But experts say that even if the embargo were removed, any real opportunity for American retailers to do business in Cuba likely would not materialize for decades. That’s because, despite much talk of economic reforms enacted by Cuban President Raúl Castro (who took the reins from brother Fidel in 2008),little has actually changed to facilitate American retail stretching into the market.

“The reality is that the Cuban regime has the same control today [over Cuban business] that it had a year ago or five years ago, so it’s the Cuban regime that has to change,” said financial consultant and investor Mike Periu, himself the son of Cuban immigrants. “In the past decades of the Castro regime, they’ve exploited its resources to exhaustion, and its markets have collapsed.”

What many American retailers don’t realize, Periu says, is that the Castro regime maintains strict control of most aspects of business, from ownership of merchandise to hiring of workers—and any enterprise must be majority-owned by Cuban officials.

And while Iran’s youthful demographics (including economically healthy middle and upper classes) are extremely attractive to many foreign retail and restaurant chains, the Cuban population is aging, ranking among the oldest populations across Latin America, according to the New York Times. Some attribute Cuba’s low birth rates to the prevalence of poverty-level wages and limited professional prospects: Most of its 11 million citizens are state workers earning an average of $20 per month, further dimming the potential fortunes of retailers hoping to thrive there.

The bitter irony is that American retailers could bring enormous relief to the Cuban people. Grim financial conditions in tandem with the government’s stranglehold on commerce mean that even basic household goods are often scarce.

“It’s hard to understand how few things there are,” Leenson said. “It’s impossible to find the most basic things in Cuba—disposable diapers for infants, things like that at the most basic level. You’d be amazed.”

This is a lot of cold water to throw on what really is significant history being made. In his speech in Havana, even President Obama argued quite vehemently for the benefits of a more democratic society and freer economy than what currently exists in Cuba.

Obama acknowledged the obstacles, saying “It will take time” for true opportunity to come out of the relationship, but also emphasized that Cuba and America share much, including a past when they were friendly nations and trading partners. “In many ways, the United States and Cuba are like two brothers who’ve been estranged for many years, even as we share the same blood,” Obama said.

That bond is no small thing, and it may one day lead to future opportunities for retailers and other businesses. Just not anytime soon, barring a radical transformation of Cuba’s existing government structure and philosophy.

“If you look at the Cuban economy before the Castro regime, it was one of the most advanced economies in Latin America, with an emerging middle class,” Periu said. “There was access to technology at the industrial and consumer level. It was not perfect or anything. But, historically, it was a close relationship [with the U.S.], and I think, without the hostilities or without the [Castro] regime there, there will be long-term opportunities… But that potential you have to measure in decades, certainly not years.”

The Future of Advertising