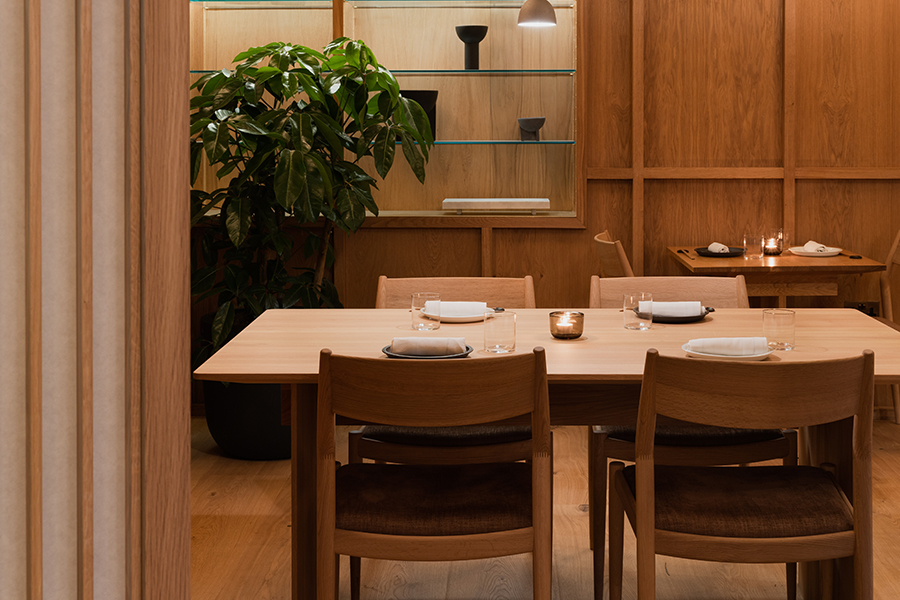 Spending habits in brick-and-mortar stores are fluctuating as e-commerce sales boom and economic anxieties force customers to focus on experience-based spending. Could teaming up with restauranteurs and a hybridized approach see on-site retail thrive once again?

A matter of choice

In this post-vaccine window, consumers might once again be permitted the full spectrum of retail options, but purse strings remain tight. As such, clear choices are being made. ‘Following a sharp increase last month coinciding with post-lockdown reopening, retail sales dipped slightly in May,’ said ONS director of economic statistics Darren Morgan in a statement. ‘Food store sales suffered as feedback suggested the reopening of hospitality meant consumers took advantage of eating out instead.’ Meanwhile, Tim Quinlan, a senior economist at Wells Fargo in Charlotte, North Carolina, told Reuters: ‘The days of spending money online and splurging on durable goods and home furnishings is pivoting toward getting ready for trips to see grandma and grandpa at the lake or the beach and evenings out reconnecting with friends at bars and restaurants.’

Though retail statistics at large have bounced back to match or in some cases outpace pre-pandemic levels as the reopening rush presents a wealth of options, the current monetary scenario for many means it is often a case of one purchase at the expense of others. In most instances, that means experience over ownership. Coupled with the mass migration to e-commerce – UNCTAD analysis shows online purchases rose to $26.7 trillion in 2020, climbing from 16 per cent to 19 per cent of total retail sales – this trend will prove the high street’s next major obstacle following a revitalized period of on-site interest. 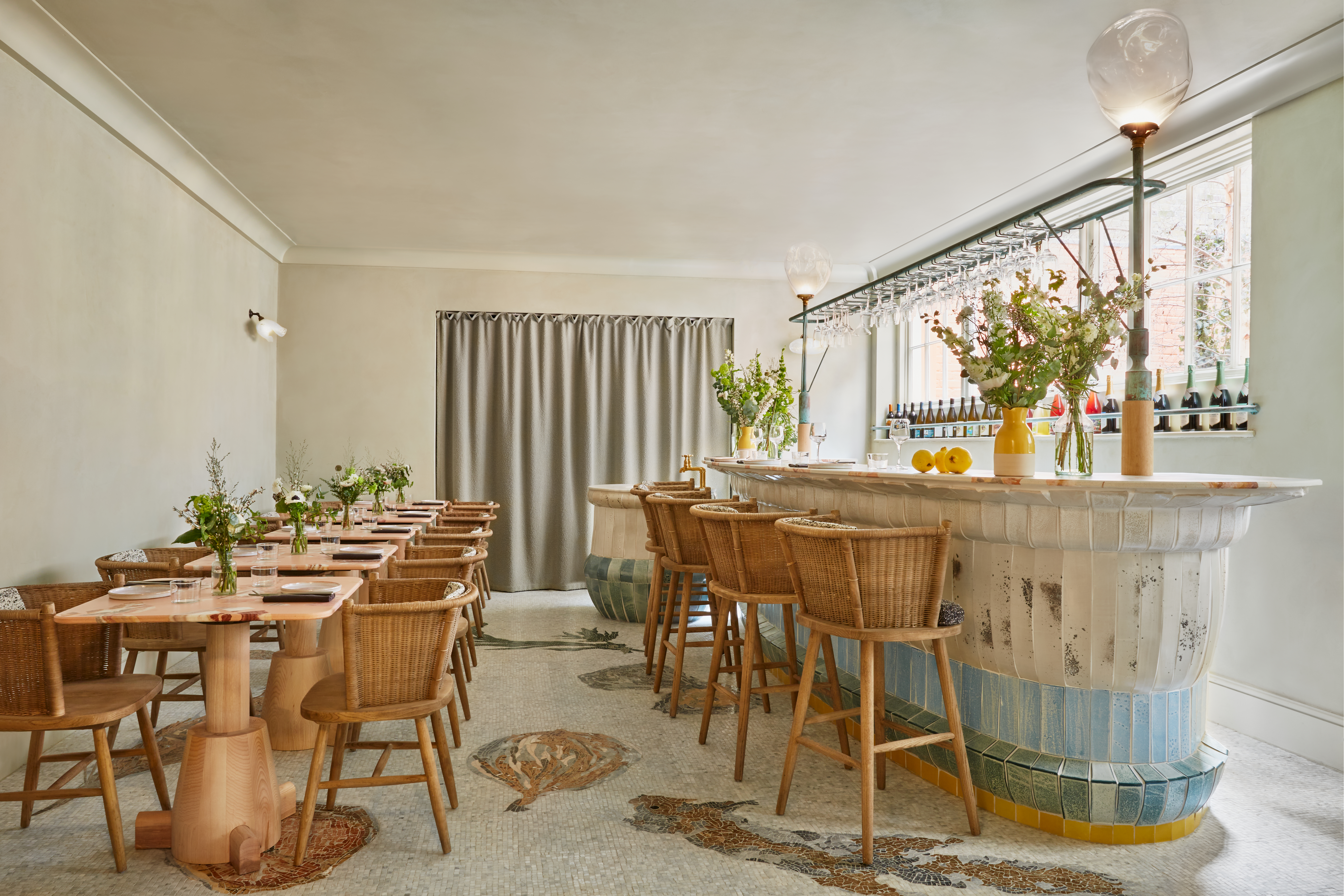 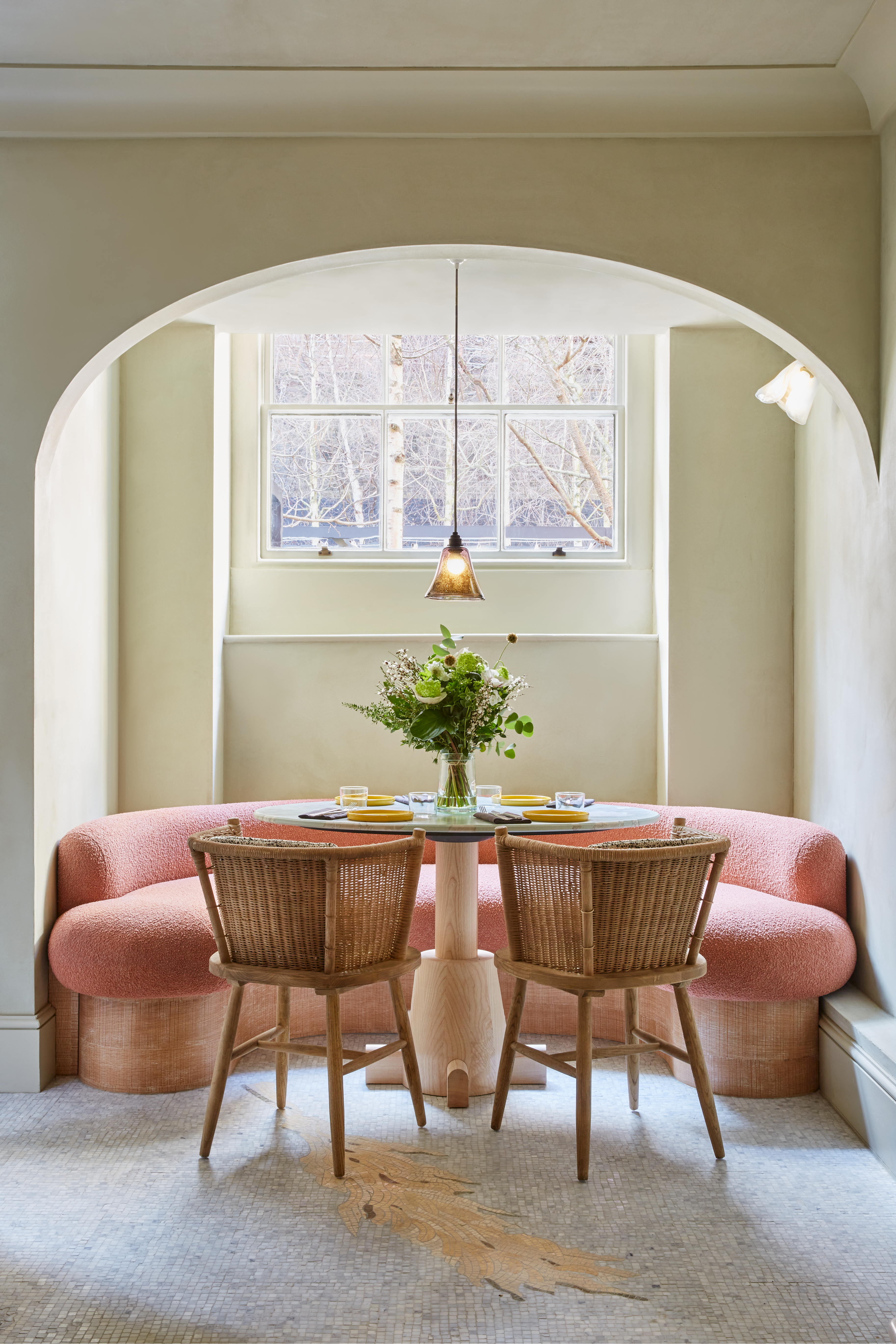 The newly opened Red Deer-designed Native at Browns will link the restaurant’s cuisine with the en vogue aesthetic of the luxury London retailer.

If the problem lies in an abundance of choice, a hybridized model that offers multiple options and sectors in the same space could serve to keep customers engaged. As such, planning changes introduced during 2020 that made it significantly easier to create F&B outlets within UK retail stores could provide a key to unlocking this approach. It is this line of thinking that has seen several retailers experiment with on-site restaurants and announce partnerships with celebrity chefs. But while restaurants are currently experiencing a rush of popularity (the number of seated diners the week of reopening was 32 per cent above the same dates in 2019 according to OpenTable research) is this a model from which both parties stand to gain, or will one end up as a crutch for the other?

Launching three restaurants within its premises throughout 2021, Harrods will be the highest profile testing ground for this hybrid approach, with venues by Jason Atherton’s and Tom Kerridge’s as well as Café Juliette from Unlocked Brands all seeking to bolster one of the UK’s most prominent shopping destinations with reasons to spend beyond its stores. After a year that saw Harrods axe nearly 700 jobs, this ushering in of several high-profile restaurants is a direct strategy with aims set firmly on making up for lost revenue. Beyond this, however, it is also a means of preparing the retailer for the future. 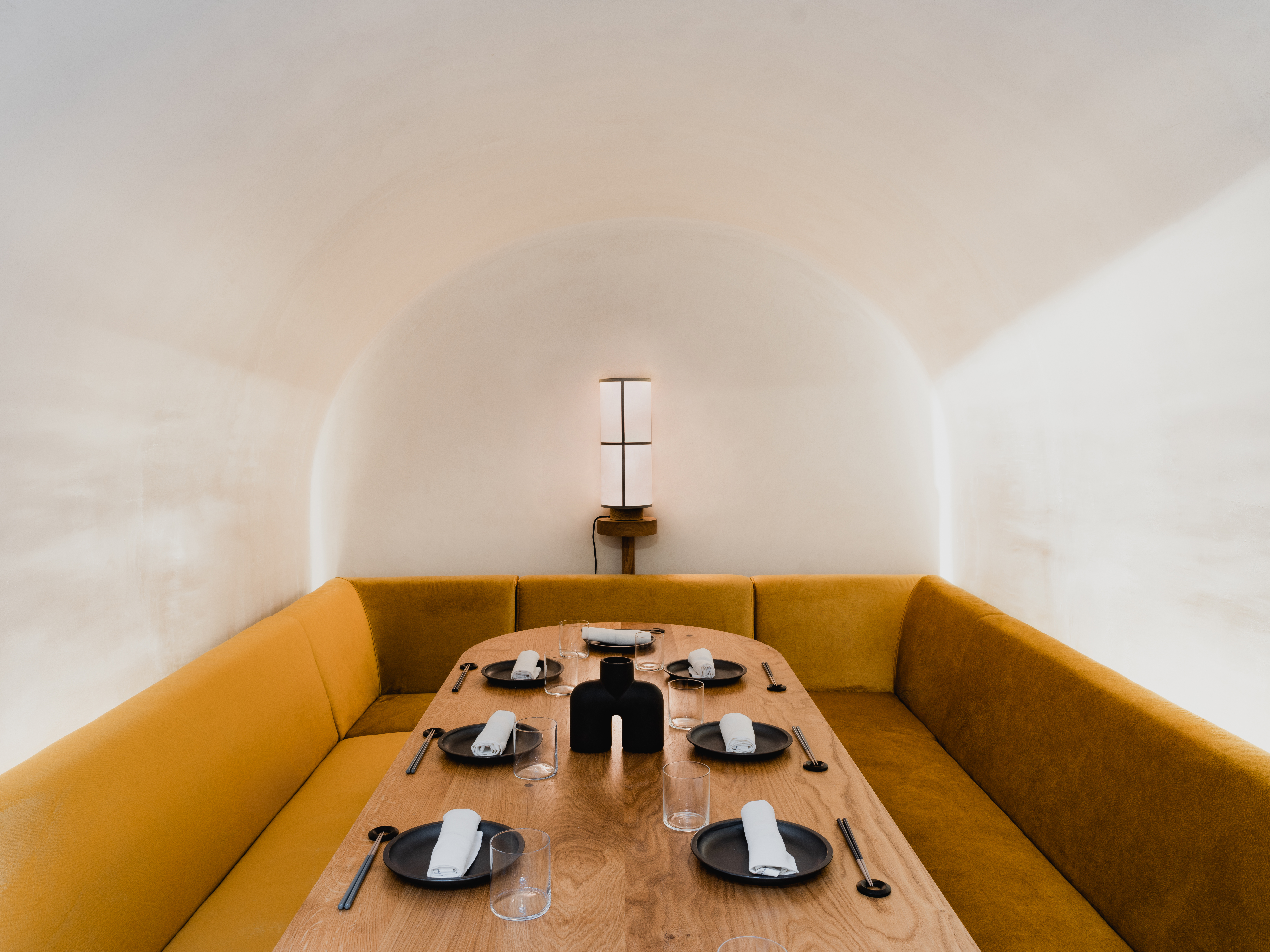 Cover and above: Pantechnicon, the six-storey Nordic and Japanese craft retailer, has launched its first restaurant Sachi.

Restaurants can remain open for longer than their host retailers, can draw a wider pool of potential customers through the door and keep them engaged for longer, and can turn browsing into purchases via exposure to products. This last tactic is being utilized particularly effectively in lifestyle and homeware stores like Pantechnicon, the six-storey Nordic and Japanese craft retailer. The July opening of Sachi, the store’s first restaurant, steps up this offer; surrounding diners in purchasable design elements whilst they eat, and allowing for first-hand experiential use of tableware pieces in a curated setting.

Perhaps as organic an advertisement as is possible within brick-and-mortar, this immersion aspect taps into consumer desires to not only try before they buy – research from Score shows this to be three times more influential than other purchase factors – but so too creates a personal connection with emotional and aspirational resonance. As opposed to choosing one or the other, this fusion of purchases intends to create a seamless totality, rendering the choice all but invisible to those already motivated by intentions to spend. 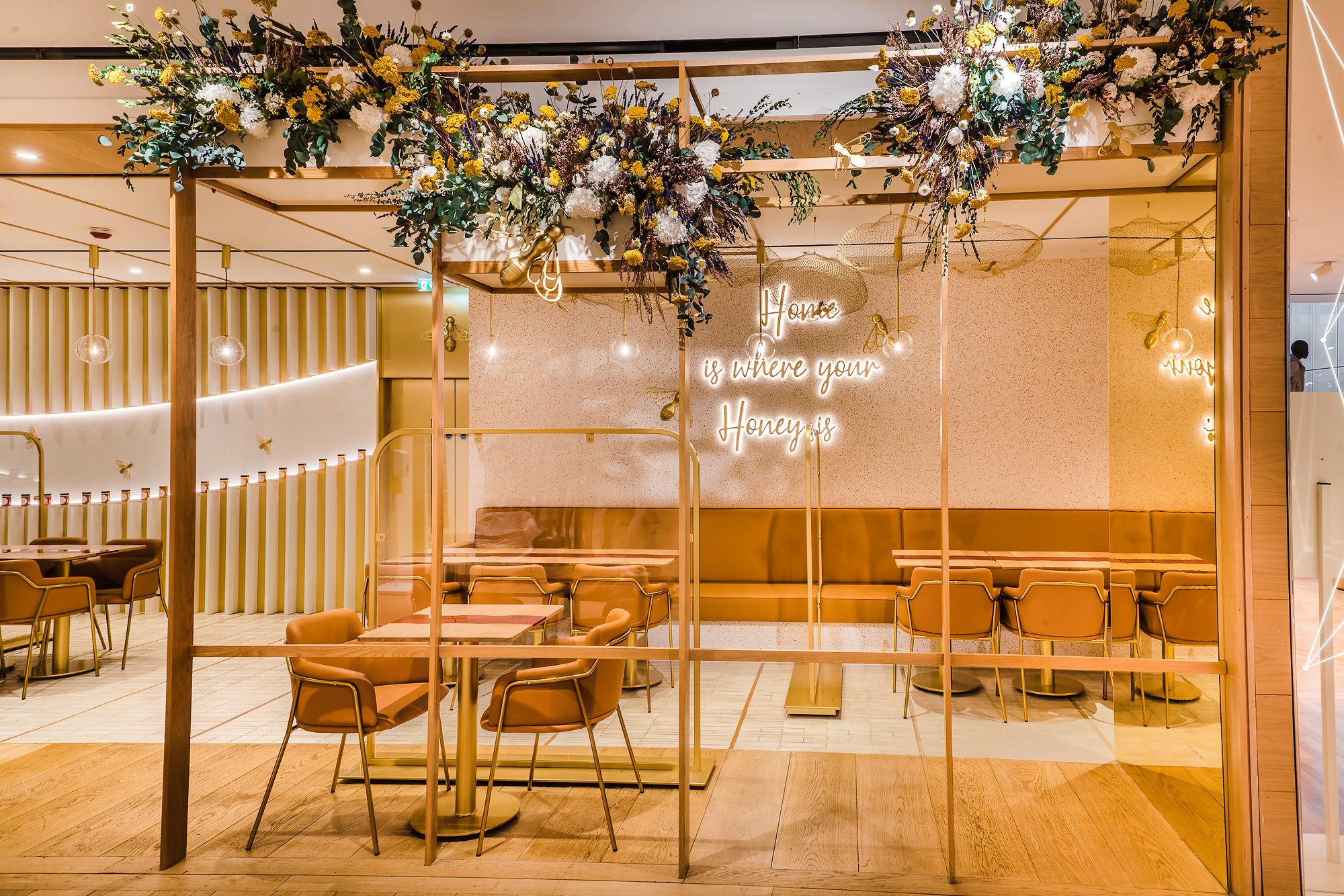 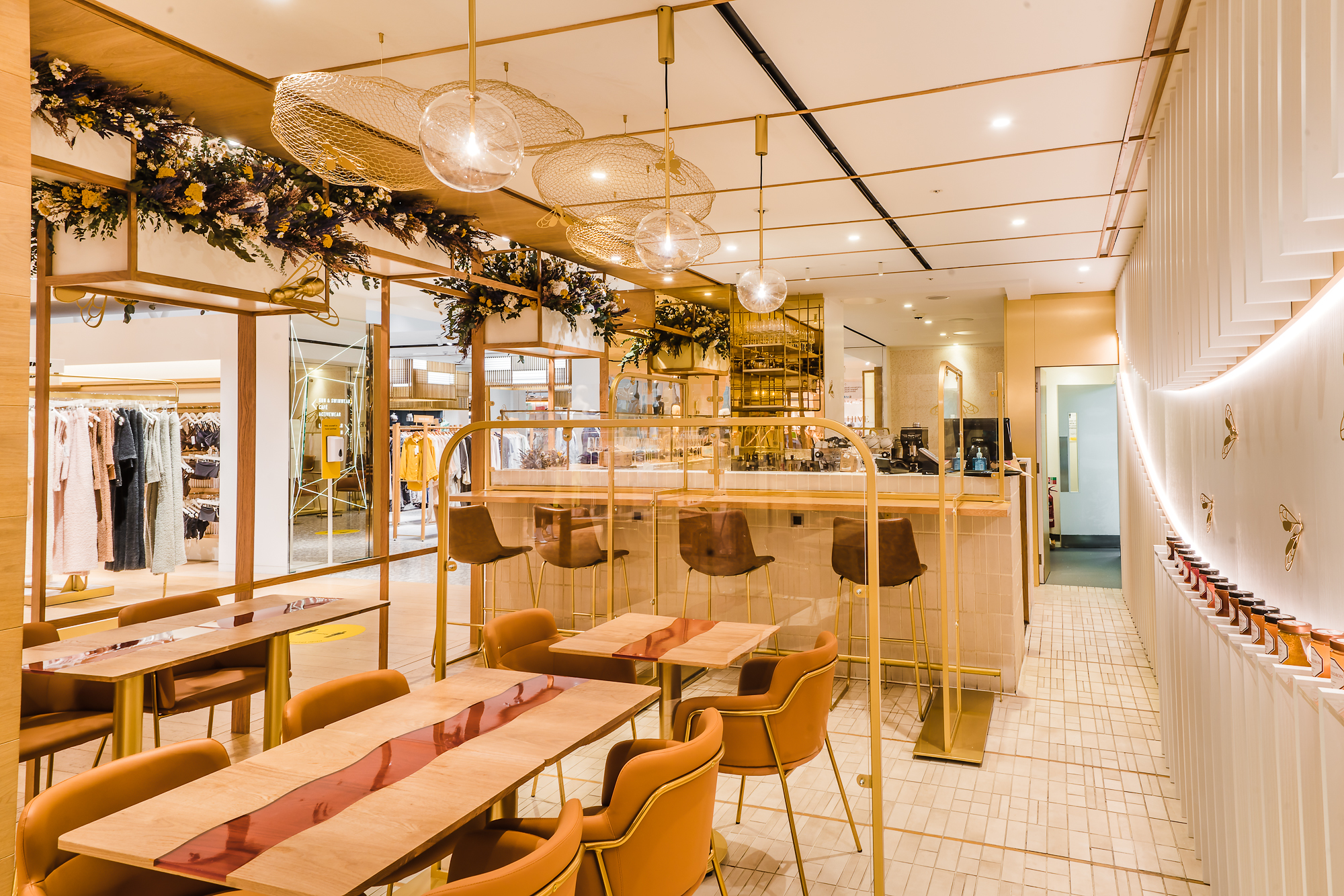 Hive at Selfridges is a honey-based bistro with on-site beehives and beekeepers.

For their troubles, restaurants within retail outlets benefit from additional footfall and the safety cushion of complementary revenue streams at a time of reduced capacity, though perhaps most enticing is the prospect of branded association. This has been most evident in a fashion sector that has welcomed F&B with open arms and forged some of the closest bonds.

The newly opened Red Deer-designed Native at Browns will link the restaurant’s cuisine with the en vogue aesthetic of the luxury London retailer, and by proxy the crowd of chic customers who shop there – think of one and you will now think of the other, despite the offers being of entirely different mediums. If restauranteurs are smart, they will not only partner with the fashion retailer, but the loyal communities these labels cultivate. 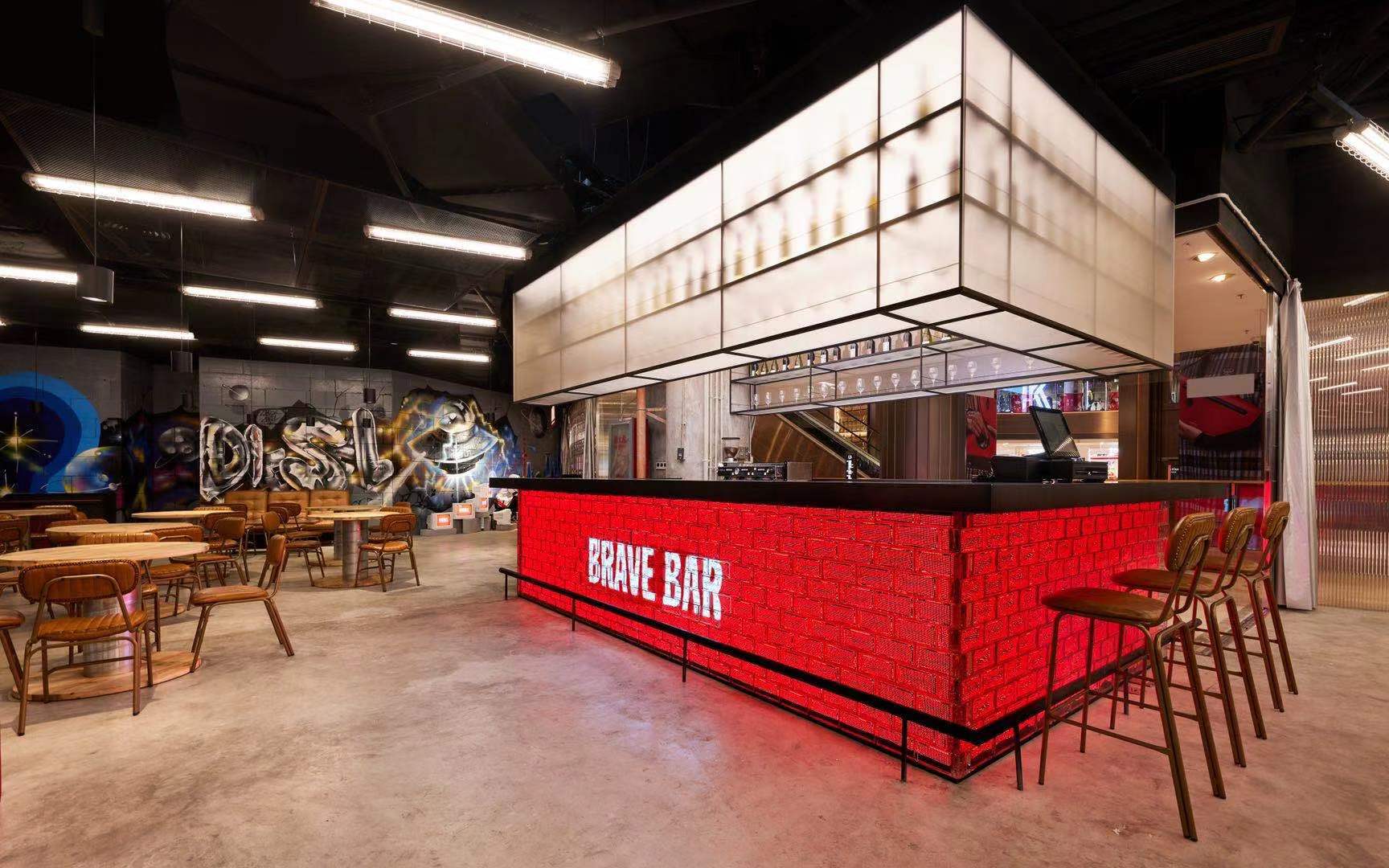 The Diesel Brave Bar is housed within Diesel’s 9,700-sq-ft Diesel Hub in Shanghai.

Elsewhere, joining the retail portion at Diesel’s 9,700-sq-ft Diesel Hub in Shanghai, the Diesel Brave Bar is billed as a borderless concept – a deliberate choice of wording not only intended to describe the mish-mash of gastronomic influences but the bar’s placing within the brand itself. Few denim houses can claim their product has a discernible taste, but with the presence of a dining concept Diesel can expand the experiential reach of its name. Likewise, Hive at Selfridges – a honey-based bistro with on-site beehives and beekeepers – allows the retailer to retain the black and yellow colour scheme of its branding whilst reinforcing its sustainability credentials.

Starved of in-person connections and sensory stimulation for the best of the past two years, customers will be heading back to the high street with a wave of renewed appreciation. There have been few better opportunities since the turn of the millennium for brick-and-mortar retailers to win back revenue lost to e-commerce and provide reasons beyond retail therapy for visiting a store. While difficult choices will be made regarding where money is spent and what is most important, the days that saw experiences and material possessions as separate purchases are coming to an end.