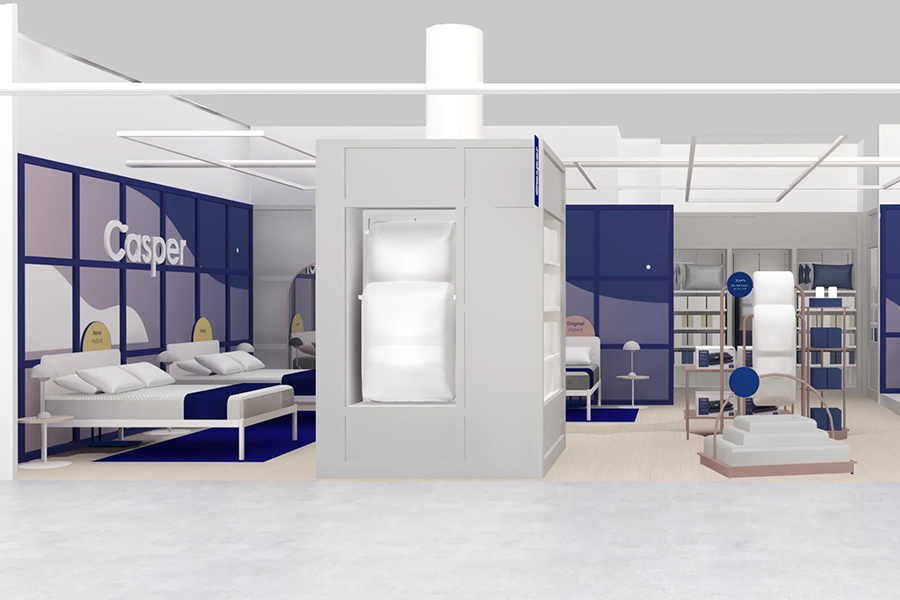 Casper’s getting into bed with Bed Bath & Beyond. The mattress company will open its first store-within-a-store at BBBY’s reopening Manhattan flagship.

What DTC roots? Purchasing a mattress is a major decision for customers, who often want to test their options before swiping their card, Emilie Arel, Casper’s president and chief commercial officer, told Retail Brew.

“When [Casper] launched, people were knocking on the door of the office because they wanted to try the mattress,” Arel said. “The experience the brand can bring, whether in a shop-in-shop concept, in their own store, or in another retail partner, is very important.”

Casper has already partnered with retailers including Macy’s, Nordstrom, Target, and Mattress Warehouse. Moving forward, the company wants to expand that roster—and its own 70-store footprint, Arel said.

Could retail/restaurant hybrids provide the blueprint for a brick-and-mortar revival?