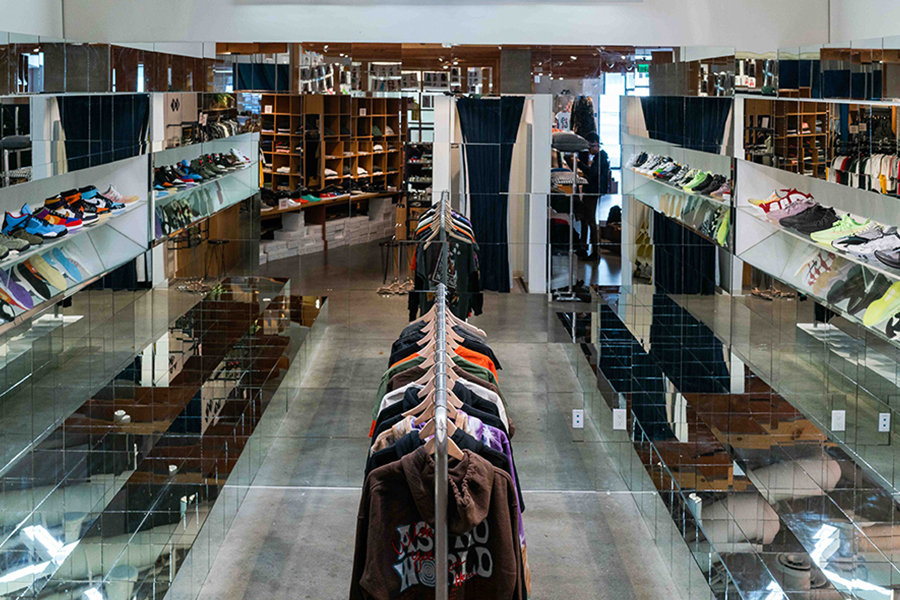 Retail is evolving — and not just because of the coronavirus.

Over the past few years, the sector has been transformed by the growth of e-commerce and shifting customer expectations. These factors, coupled with rising rents, have caused some brands and retailers to embrace pop-up shops — short-term units that tend to be small format, often with more interactivity than traditional brick-and-mortar stores. The high-touch, jam-packed pop-up won’t be possible for now — but that doesn’t mean the trend has run its course.

“In some [ways] pop up is going to become even more popular because people are going to be even more hesitant to sign long-term leases out of the gate,” said Melissa Gonzalez, CEO of the Lion’esque Group. “But as far as that high-touch, experiential, pack the room kind of pop up — that’ll probably have to find its way again.”

The coronavirus pandemic has put a strain on traditional retail by forcing nonessential physical units to temporarily shutter and accelerating the shift toward e-commerce purchases. Hampered by their own company-specific challenges as well as new pressures induced by the pandemic, a growing number of companies, including JCPenney, Neiman Marcus and J.Crew, have filed for Chapter 11 bankruptcy protection in the last few weeks. And some retailers, such as Urban Outfitters and Gap Inc., have stated that they will not pay rent for the months they’re forced to shutter stores.

“During this period, we’ve seen several brands worldwide unable to reopen locations post-pandemic and negotiating the cost of rent. Combined with further digitalization of the retail landscape, this serves as a strong case for use of temporary models to test the response of a physical presence at a granular level and create a unique experience tailored to a local market,” said EDITED market analyst Kayla Marci. “This strategy will be front of mind for businesses trading in the new normal.”

Digital is also likely to become a bigger part of the in-person pop-up experience, predicts Gonzalez.

“[We’re] finding ways to amplify the effort without being 100% reliant on just foot traffic, so I think the technology integration side of it will be really key,” she said. “You might see integration of things like livestream. Maybe we create this amazing environment and you have a curated list of influencers and they’re live streaming in a safe way from the event and we’re getting into their audiences; we’ve created this beautiful emerging backdrop for them. And then they can kind of virtually bring their guest to be a part of it. So I think it’s going to [require people to be] really creative at this stage.”

What’s more, noted Gonzalez, ingenuity will also be key in luring some customers back to store who have gotten even more comfortable with online shopping in the weeks since the pandemic took hold.

“It’s going to be even more important that brands and retailers rethink what that in-store experience is going to be. It’s probably going to be more about new product launches and hero products and things that,” Gonzalez explained.

During the store closure period, a number of brands have looked to generate buzz with online pop-ups. For instance, Dior developed an online pop-up in the United Arab Emirates with a curated Ramadan range, while Big Baller Brand hosted a digital pop-up and meet-and-greet with founder LaVar Ball.

“Innovations in this area is something we can expect to continue post-coronavirus to build hype and keep the momentum going for online sales,” Marci said, adding that she also expects “technology will play an even greater role in stores” post-pandemic.

As states such as Georgia, Texas and South Carolina ease restrictions on so-called nonessential retailers, stores are starting to reopen with new safety precautions in place, such as personal protective equipment for workers and customers, social distancing markers and reduced capacity. As an additional measure to keep people safe, Gonzalez expects more outdoors pop-ups and activations, at least for now.

“I think this summer there’s going to be a lot of utilization of outdoor space that comes to pop-ups and then we’ll see how that evolves into more holiday opportunities later this fall,” said Gonzalez.