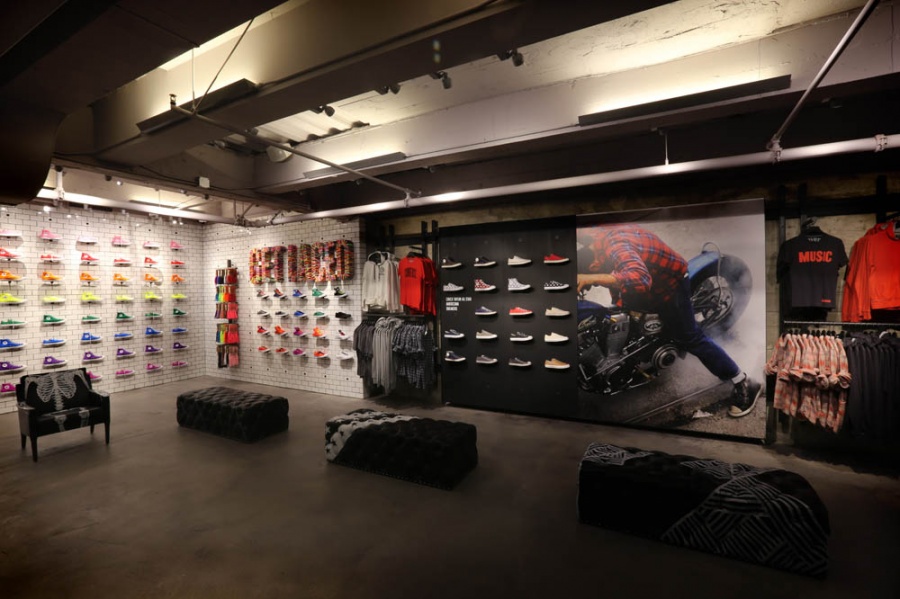 The footwear and lifestyle company is already available at the shopping
centre at Nike’s outlet store, with the new standalone store further
emphasizing the brand’s appeal to both UK and international shoppers.

Additionally,
London Designer Outlet has announced the addition of Dr. Martens and
Vans to its clothing and footwear line-up. Dr. Martens has taken a 1,350
sq ft unit at the mall following the success of a pop-up trial store,
while Vans expands the footwear  offering with a 1,800 sq ft outlet
store.

The shopping centre’s mix of sports and
leisure brands attracts almost twice as many people than Wembley Stadium
and the SSE Arena combined.  Adidas, The North Face, Asics, Skechers
and New Balance have stores at the London Designer Outlet.

The
centre is the nearest outlet choice for some 5.8 million people, the
largest such catchment in the UK. Additionally, overseas tourists are
seeing the Wembley Park destination as an important part of their trip
to London. According to its managers, tax-free sales have increased by
36.8% YoY over the first five months of the year. Of the visitors from
outside the EU, some 22.6% were from China, Hong Kong and Taiwan.