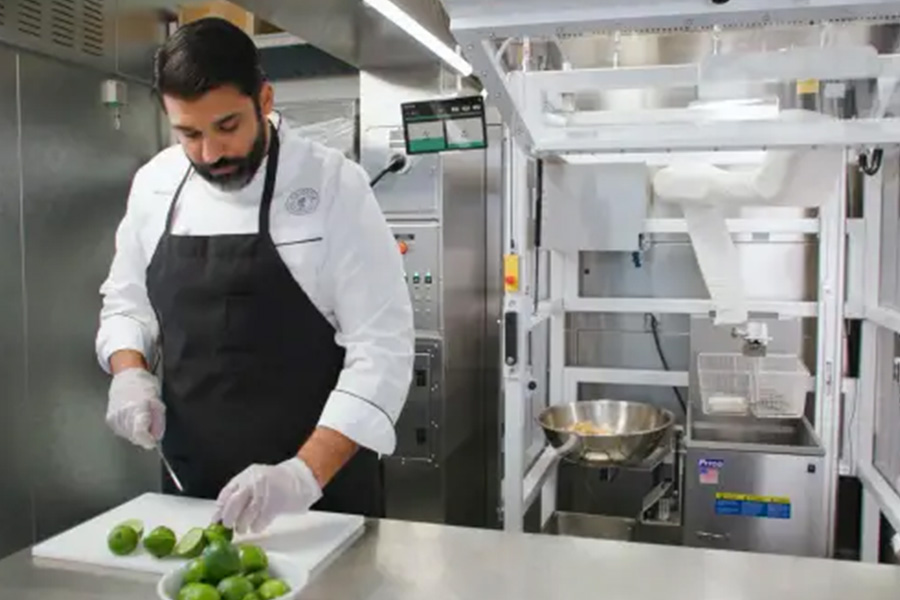 Chipotle Mexican Grill is moving one step closer to having a robot make its tortilla chips.

The burrito chain said Tuesday that it will test “Chippy,” an autonomous kitchen assistant made by Miso Robotics, next month in a restaurant in Fountain Valley, California. Chipotle has already tested Chippy’s ability to make and season its tortilla chips with salt and lime at its headquarters’ innovation hub in Irvine, California.

Like the rest of its new tech and menu items, the company is relying on its “stage-gate process” to test and learn from workers and customers to decide how to roll out the technology nationwide. Today, workers at Chipotle restaurants fry and season the chips, which can be time consuming.

In addition to the Chippy restaurant test, Chipotle said it’s piloting a new kitchen management system that uses machine learning to predict demand for its ingredients in order to improve freshness and minimize food waste. The system designed by PreciTaste is being tested at eight restaurants in Orange County.

And in Cleveland, the company said 73 of its restaurants are piloting location-based technology to improve its mobile app. The program is meant to help customers and delivery drivers know when orders are ready, if they’re at the wrong location and to scan loyalty QR codes. The technology created by Flybuy by Radius Networks is also being used by retailers like Harris Teeter, Albertsons and Vineyard Vines.

Amazon is launching a dedicated hub for its affordable shopping options