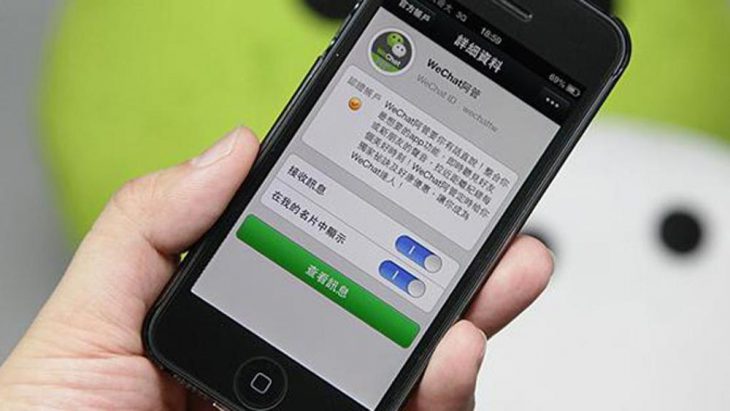 While many U.S. consumers and retail executives haven’t even heard of WeChat, the multipurpose app is taking China by storm. And with built-in mobile payment capabilities, it is radically transforming retail on a scale unlike anything seen in the West.

Experts say the app’s rise to prominence in China has been driven by several factors, including government influence and leapfrog tech adoption by Chinese consumers. WeChat is now one of the most visited and used social platforms in the world: 90 percent of its 1 billion active monthly users visit the app daily, and an estimated 80 percent use the app’s mobile payment function. But what really makes WeChat unique is that it enables consumers to engage in dozens of activities within the app.

“It’s the equivalent of the operating system of the Chinese smartphone. You spend all of your time in it — you do everything on it,” says Jefferey Townson, Chinese consumer expert and author of “The 1 Hour China Book.”

From the consumer’s point of view, the greatest benefit of the do-everything platform is they don’t have to juggle dozens of apps. WeChat puts everything from social media and transportation to retail and banking in one platform, enabling consumers to message friends, play games, book a medical appointment, access bank accounts and make purchases without having to switch apps.

It’s a “super app that can do pretty much everything,” says Michelle Evans, head of digital consumer research at Euromonitor International Inc. “It’s all about bringing together this connective web of services, and it touches all aspects of consumers’ lives, anywhere from communication to finance to retail to social.”

Rob Garf, vice president of industry strategy and insights at Salesforce Commerce Cloud, has been tracking WeChat’s impact on the digital experience. It’s having a “shining moment” in China because it fits squarely in the evolution of where commerce is happening, Garf says.

“It is the remote control of their daily lives,” he says, “and so it’s moved from a messaging platform to an entire closed-loop platform where consumers are scheduling dry cleaning, ordering goods, doing their banking, buying merchandise, all within the context of their social sphere.”

Sears: from Behemoth to The Brink