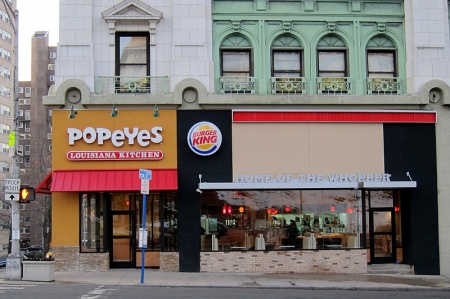 On Monday, the speculated tie-up was formally confirmed in a transaction that will bulk up Restaurant Brands to become an even bigger player in the quick-service restaurant segment. Restaurant Brands (rtbrf, -0.41%), with $24 billion in system-wide sales and over 20,000 restaurants, will add 2,688 Popeyes (plki, 0.00%) restaurants to the company’s portfolio with the deal.

The purchase price of $79 per share is a 27% premium to Popeyes’ average stock performance in the 30 days of trading before media speculation began to swirl about a potential sale. The stock, which traded at around $66 apiece before the news was announced, jumped an additional 19% on the news.

The transaction for Popeyes further remakes Restaurant Brands after an $11 billion blockbuster deal joined burger chain Burger King with Canada’s coffee-and-doughnut specialist Tim Hortons. The move by Restaurant Brands to bulk up with additional brands comes at a time when other restaurant chains have been pressured to off-load brands and narrow their focus on fewer concepts.

Popeyes was founded in New Orleans in 1971 and has grown to become the world’s second-largest quick-service chicken concept based on number of units, trailing only Yum Brands’ (yum, +0.39%) KFC. Popeyes has reported sturdy growth in the U.S. and abroad, generating annual global same-store sales growth of 1.7% in the most recent year. The chain is also expanding, it opened 118 domestic and 98 international restaurants last year. The company’s menu features spicy chicken, chicken tenders, seafood and some regional items.

Following the close of the transaction, which is expected to occur in April, Popeyes will remain managed independently in the U.S. Restaurant Brands says it plans to develop the brand “at an increasing pace in the U.S. and international markets in the years to come.”