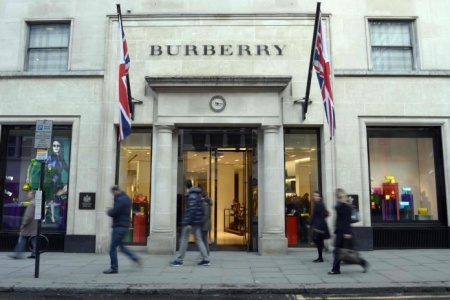 Burberry has started its new financial year with an uptick in like-for-like sales, but the figure is a slowdown compared to the same period last year while retail revenue remained fairly flat.

For its first quarter period ending June 30, the luxury British retailer’s retail like-for-like sales rose three per cent compared to the four per cent growth recorded in the same period a year earlier.

Burberry said its sales in the UK and Europe had been knocked due to weaker tourist demand, but Chinese tourists had lifted sales in Hong Kong, Korea and Japan.

Despite this, its growth was in line with forecasts ahead of the launch of the first collection from its new chief creative officer Riccardo Tisci in September.

“We are pleased with our progress in the quarter,” chief executive Marco Gobbetti said.

“The team has embraced Riccardo’s creative vision and is working well together as we prepare for his debut collection in September, the next step in our journey.

“While we know it will take time to achieve our ambitions, our progress to-date and the energy in and around the company give me confidence for the future.”

Burberry added that there was no change to its annual guidance at current exchange rates, and that it was on track to deliver cost savings of £100 million.

Tisci, formerly from Givenchy, was appointed in March as the successor to Christopher Bailey, who was credited for elevating Burberry into the successful global brand it is today.

Whole Foods' Suppliers Are Shifting From Shelves to Screens