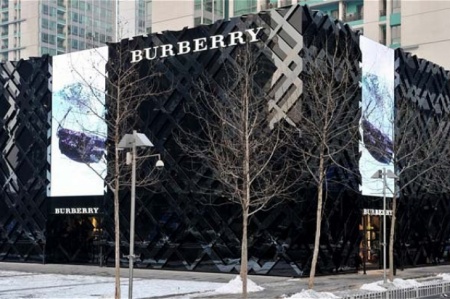 Burberry is one of the retailers benefitting from Britain’s so-called Brexit vote to leave the European Union. The vote is pushing down the value of the pound, making Burberry’s goods more attractive to upscale consumers with dollars to spend. Burberry itself that it expects those benefits to continue into next year, with an adjusted retail and wholesale profit injection of £90 million, higher than its May estimate.

Burberry’s move to double down on its China operations is also recognition of luxury’s advantage in that country. Although the once-sizzling growth in China has slowed, retail sales there remain robust, especially among luxury consumers, according to a Bain report last year.

In 2014 and 2015, brands with strong fashion heritage and track record of original designs did better in the Chinese market, Bain found. And while transitions in China’s economy are causing some turmoil in markets and worry among investors, the general environment for luxury retailers will remain more or less the same—and the still-rising middle class will continue to become more sophisticated about luxury brands, Bain said.

Still, regulatory changes in China meant to encourage domestic consumption are leading more consumers there to buy their luxury goods via websites and mobile sites instead. “Buying overseas has been a trend for years, but destinations have changed,” Bain partner and report author Bruno Lannes said in a statement earlier this year. “Despite persistent macro, economic and industry challenges in China, all hope is not lost for luxury brands. There are plenty of growth opportunities for those with more exclusive and fashion collections, digital platform engagement and digital content creation, as well as with pricing that encourages Chinese consumers to spend locally.”

Yet some analysts are already wary of Burberry’s level of investment in China. “In our view Burberry is overly reliant on Chinese demand (40 per cent of sales vs 30 per cent for the industry) and that remains muted,” analysts at Liberum said last month, according to City A.M.

From Online to In-Store