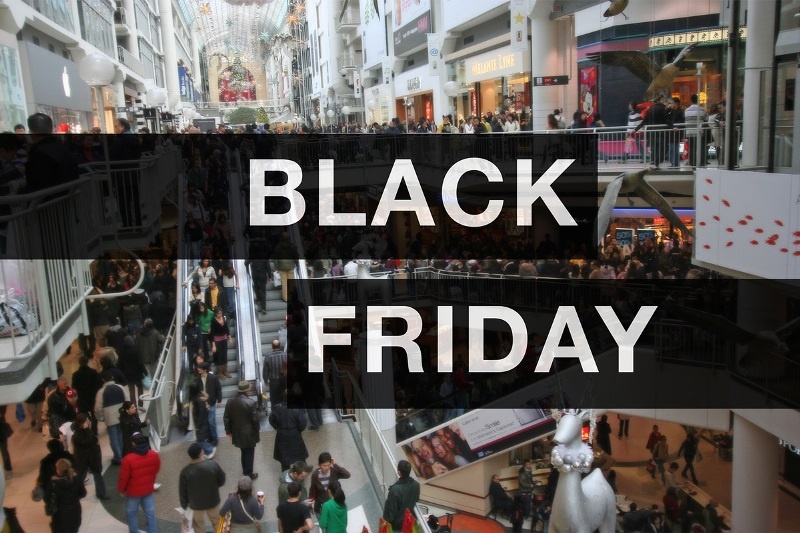 Black Friday is back, and this year it’s poised to be more promotional than ever. While the deals have already begun, for some retailers weeks ago, the pinnacle weekend is finally upon us — and consumers are ready to spend.

In fact, about 75% of Americans will shop this weekend, spending an average of $427 between Thanksgiving Day and Cyber Monday, up from $400 last year, according to a study from Deloitte.

To get you through the make-or-break holiday, Retail Dive has once again compiled a go-to guide complete with trends to watch, Twitter accounts to follow for real-time updates, podcasts to listen to and more. Also be sure to check out Retail Dive’s homepage for the latest on Black Friday and Cyber Monday.

Rapid growth online and disruption from new entrants into the industry have fostered an incredibly competitive environment in which retailers have to find unique ways to attract consumers to stores, websites and mobile apps. For many, the core strategy has been to compete on price and deeply discount earlier in the month.

For the biggest players, like Walmart, Amazon and Target, price will still be the differentiator, as will convenience and open doors. All three plan to open on Thanksgiving Day — a trend many smaller and specialty chains are turning away from.

Each year the holiday seems to creep earlier, and if sales don’t go well they drag on later, too. One way to tell how well retailers are differentiating is by comparing the deals on Thanksgiving to those offered just after the blockbuster weekend, Charlie O’Shea, lead retail analyst at Moody’s Investors Service, told Retail Dive.

2. In-store and online shopping will work together

But retailers shouldn’t fret too much about online sales cannibalizing in-store deals. “There’s all of this scrutiny of what are the sales on Friday after Thanksgiving from midnight to midnight, and I don’t know how relevant that is anymore and it hasn’t really for a while,” O’Shea said. “If someone purchases anything over that weekend, it counts. The retailer can’t care what day of the weekend their product gets sold as long as it get sold.”

Retailers also can’t care where those dollars go — whether it’s online, through mobile or in-store. The key, Barr said, is that all of these channels work together. “Online cannot exist without store-based retail and store-based cannot exist without online. That is the future state,” he said. “Unfortunately though, the retailers stuck in the middle are ones that are not going to win with the consumer and ultimately [are] going to have to differentiate themselves or find themselves on the list of retailers closing their doors.”

Last year, mobile generated 36% of total digital sales on Black Friday, surging 33% over last year and eclipsing $1 billion in one-day total sales for the first time ever, according to Adobe. Walmart alone credited mobile devices for driving more than 70% of its Black Friday traffic.

This year, mobile will be bigger than ever.

Americans are expected to spend nearly 45 million hours on Android shopping apps alone during the week of Black Friday, a 45% jump from 2015, according to research by App Annie. Revenue generated through apps could break records this season, as shoppers are expected to spend over 6 million hours in the top five digital-first apps on Black Friday alone.

A bad mobile experience can hurt retailers big time when it comes to online sales. Last year, Adobe found that 30% of all shopping carts led to orders on desktop, but that number plummeted to 19% of carts on smartphones, indicating that consumers are running into significant obstacles on mobile sites.