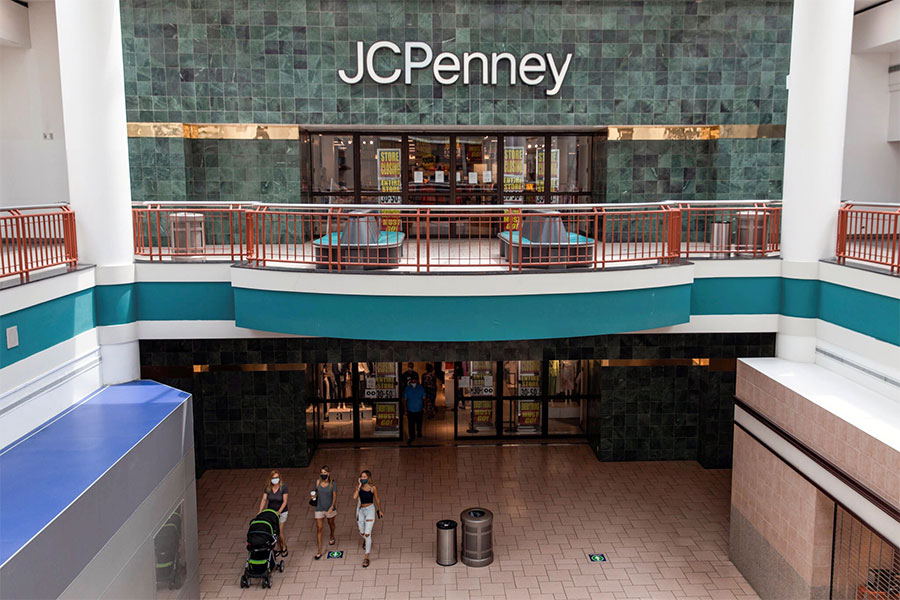 J.C. Penney reached an agreement to sell its retail business to the mall operators Simon Property Group and Brookfield Property Partners on Wednesday, averting a total liquidation that would have had significant ripple effects through the industry and cost tens of thousands of jobs.

Simon and Brookfield will pay about $300 million in cash and assume $500 million in debt to buy J.C. Penney, lawyers for the retailer said at a Bankruptcy Court hearing. The deal will split J.C. Penney into separate companies, with Simon and Brookfield running the retail business and its creditors owning a portion of its real estate. In all, the deal values J.C. Penney at $1.75 billion, including the funds committed to support its business after it emerges from bankruptcy.

“We are in a position to do exactly what we set out to do at the very beginning of these cases, and that is to preserve 70,000 jobs, a tenant for landlords, a vendor partner and a company that has been around for more than a century,” Joshua Sussberg, a lawyer at Kirkland & Ellis, which has been representing J.C. Penney, said at the hearing.

It was not immediately clear how many stores the mall operators will keep open, or exactly how many jobs they would preserve. The future of the department store chain, which is based in Plano, Texas, and filed for Chapter 11 bankruptcy protection in May, had been unsettled. Liquidation was floated as a possibility as deal talks stalled this month.

That would have been a major collapse. J.C. Penney, which started as a dry goods store in Wyoming in 1902, was one of the first national retailers to file for bankruptcy during the coronavirus pandemic, and while other familiar names like Brooks Brothers and Lord & Taylor have followed, it remains the biggest to fall. It entered bankruptcy with $10.7 billion in annual sales, about 85,000 employees and nearly 850 locations, many of them anchor stores at malls around the country.

The company’s potential buyers also included Hudson’s Bay, the owner of Saks Fifth Avenue, and the private-equity firm Sycamore Partners, according to two people familiar with negotiations, who spoke on the condition of anonymity because of confidentiality agreements. Simon and Brookfield, which have been involved in several deals to buy bankrupt tenants in the past year, were thought to be the most likely buyers, because the loss of J.C. Penney stores would hit their shopping centers hard.

J.C. Penney’s creditors had clashed with Simon and Brookfield over the value of the retail business and the rights to redevelop mall space, the people said. If the creditors lost redevelopment rights, any real estate business that was carved out would be less valuable. The company had until Thursday to strike a deal with creditors, find a buyer or opt to liquidate.

The pandemic has upended the retail industry, especially apparel and department stores, and accelerated the fall of chains that were already struggling or overloaded with debt. Temporary store closures dealt a major blow to many mall retailers, which have struggled to regain shoppers who have adjusted to homebound lifestyles and remain concerned about the virus.

7 Ways the Pandemic Has Changed How We Shop for Food

Century 21 going out of business