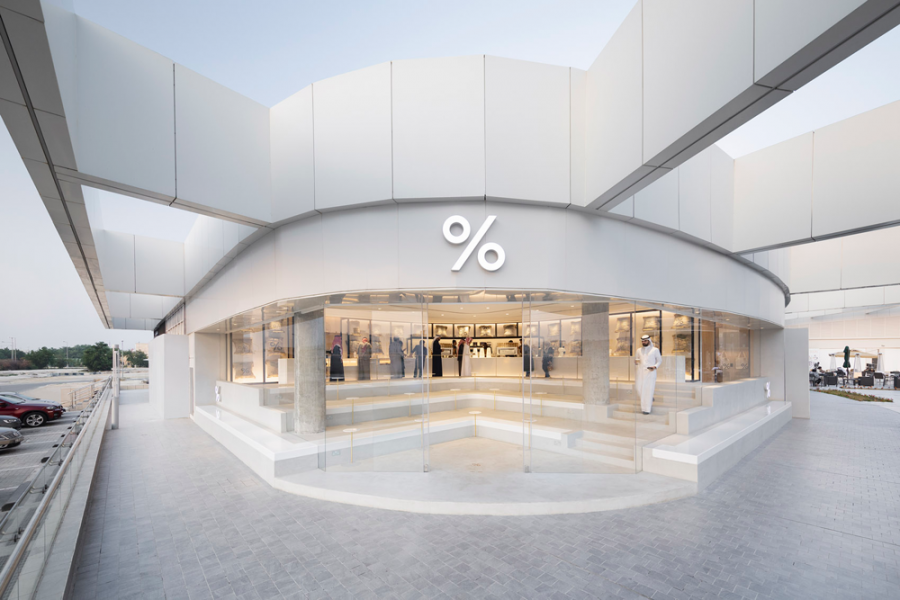 It’s safe to say that coffee is synonymous to the Middle East, a region where its distinct flavour was first appreciated many centuries ago, and has been a prized liquid ever since. Interestingly, the consumer market has been shaken up as of late by a Hong Kong-based coffee parlour with global ambitions: % Arabica.

Founded by Kenneth Shoji, a Japanese-born and U.S.-raised entrepreneur, % Arabica has opened a number of design-led branches in Kuwait in recent years, making the city a foothold for further expansion in the region.

Its latest outpost, situated in the suburban seaside Abu Al Hasaniya neighbourhood, sees a sleek interior design by acclaimed Tokyo-based practice nendo that optically blurs the boundaries between inside and outside.

The premises have a curvilinear, terraced layout, and a service station situated on the top level. The % Arabica café seats a total of 30 people at once, and the lowest terrace extends beyond the floor-to-ceiling glass window, providing additional al fresco seating. The sleek café is adorned by an installation of orderly arranged linen coffee bags encased in glass. A subtle infusion of brass, captured by a brass railing and small circular tables that dot the seating area. 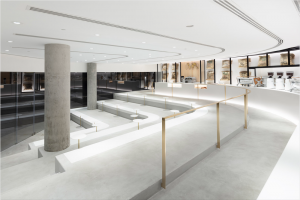 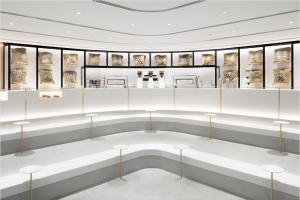 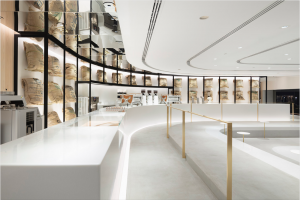