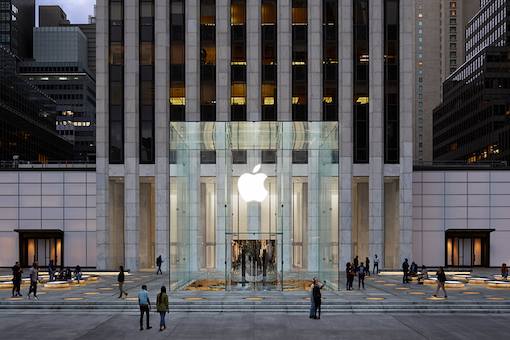 Perhaps it was the Regent Street store that first fired the imagination of European shoppers as far as Apple stores were concerned, but in terms of eye-popping the glass cube that was the outward manifestation of the tech giant in New York must surely be the US equivalent. 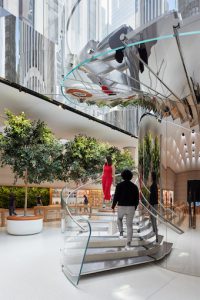 The cube in question was at that point where Fifth Avenue meets the south-eastern tip of Central Park and it has been a show-stopper since it was opened by Steve Jobs in 2006. Then it closed, but since Friday, following a root and branch refurbishment, the cube is back in action and is almost twice the size of the original, with a higher ceiling and a greater amount of daylight penetrating this subterranean emporium thanks to 18 mirror-glass ‘Skylenses’ and 62 skylights.

Getting into the store was always something of an event, via a central staircase, but now that sense of ‘the big reveal’ has been increased owing to the installation of a stainless steel spiral staircase.

Other features include trees (of course), substantially lengthened mid-shop wooden display tables and the Genius bar, which has been doubled in size.

Apple features in Newstores with some regularity, but there is no reason not to note the arrival of many of the latest stores and refurbs as it still seems to possess an uncanny ability to be different in every location, while being the same, as it were. 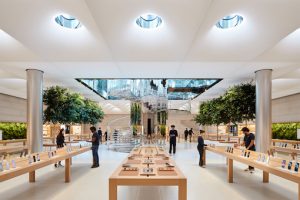 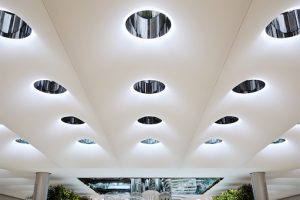