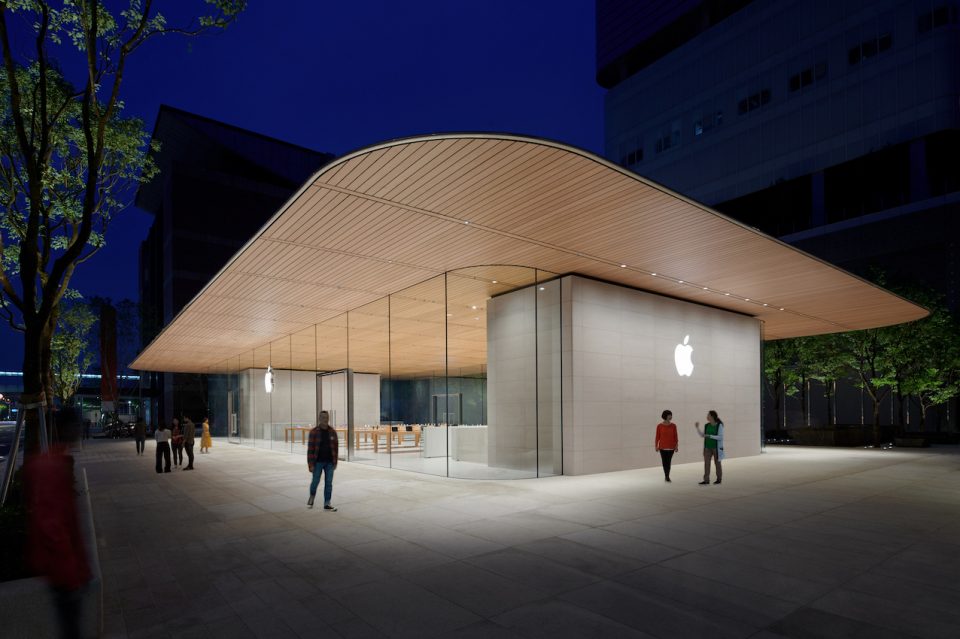 Apple has officially opened its second Apple Store in Taiwan.

The store, named Apple Xinyi A13, is the company’s latest attempt to make a splash in Asian markets, where it continues to fight against local manufacturers such as Huawei and Xiaomi on both price and localized functionality.

Apple’s latest store offers new opportunities in Taipei, such as the introduction of Today at Apple, and other courses and one-off events to empower local users. Thousands of fans gathered outside of the doors, with many beginning to queue overnight to see what the new Apple Store would involve.

According to local media, the queue stretched to Le Méridien Taipei hotel for many hours before the grand opening, with Apple itself reporting the Store welcomed “thousands of customers in the bustling Xinyi district of Taipei.”

What’s most striking about the new Apple Store is that, in such a bustling area, Apple Xinyi A13 is laid-back, relaxed and somewhat tranquil. Featuring trees and fountains which contrast the urban environment outside, it’s everything you’d expect from a new Apple opening, albeit in a country you wouldn’t expect the Cupertino firm to expand into.

To celebrate the event, Apple Store staff handed out white t-shirts with the Apple Taipei logo embroidered, and Today at Apple booklets were handed out to offer guests an idea of what they could expect from the Store in the coming months.

Inside the building, there are two stunning marble staircases, very similar to those found at the Apple Park Visitor Center, with the upper floor used to show off major products like iPhones, Apple Watches, Macs, and iPads. On the lower flower, Apple highlights solutions, software, as well as a Genius Bar, and more.

Apple Xinyi A13 is Apple’s second store in Taiwan, with the company opening its first just two years ago in 2017.

According to data, Apple has attracted more than four million visitors to its existing Taipei 101 Apple Store, despite its modest size. By expanding into another city, Apple has made it clear that it has confidence in the market – and we expect further store openings in the 2020s.