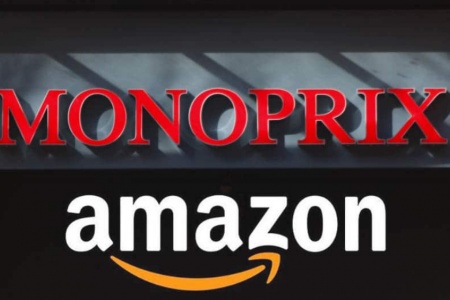 Monoprix, one of France’s biggest grocery store chains, said on Monday it will start selling its products to customers in Paris through Amazon’s Prime Now service this year, a move that will reverberate through the country’s food retail industry.

Since Amazon agreed last year to buy grocery chain Whole Foods Market Inc for $13.7 billion (£9.7 billion), expectations that it could focus next on Europe have spurred French retailers to strategise over how to improve their own online offerings.”Thanks to this unique partnership between Amazon and Monoprix, Casino Group reinforces its omni channel distribution strategy,” Jean-Charles Naouri, chief executive of parent group Casino, said in a joint statement with Amazon.The U.S. e-commerce giant has made no secret of its desire to launch a grocery delivery service in France as part of global ambitions to expand in food retail.Leclerc, France’s biggest food retailer by market share, privately held operator Systeme U and Casino were all linked in recent months with Amazon, which has steadily been building its presence in France. It has run its Amazon Prime Now delivery service in the French capital since 2016.”Everyone wanted to try and work with Amazon, but it’s Monoprix which has won the day,” Monoprix Chairman Regis Schultz told France’s Europe 1 radio.French supermarket groups have been slow to develop e-commerce but are now trying to catch up.Carrefour announced in January it would invest 2.8 billion euros ($3.48 billion) in digital commerce over the next five years, six times its current investment.Casino said in November it would use British online retailer Ocado’s e-commerce platform to help expand, and Leclerc launched its own home delivery service in Paris earlier Monday.Groupe Monoprix generated 5 billion euros in business in 2017 and makes than 3 million deliveries per year in more than 150 towns and cities across France, it said.Groceries sourced from Monoprix will be available in the Prime Now app and website through a dedicated virtual store, the companies said.