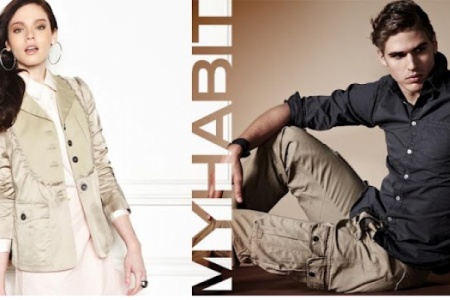 The site’s New York employees were told Thursday morning that the site would close by the end of May.

In a statement the Web giant said: “Fashion is one of Amazon’s fastest-growing categories. As we continue to increase our breadth of selection and improve the customer experience on Amazon.com, we have decided to simplify our offering and will be closing MyHabit at the end of May. Our customers can now shop from Amazon Fashion’s incredible assortment of brands across clothing, shoes and accessories — backed by award-winning service, free shipping and returns, and exclusive benefits for Prime members.”

The company also noted: “We are committed to assisting MyHabit employees in finding new roles within Amazon, including but not limited to, résumé-building, interview assistance and relocation assistance for internal job opportunities.”

Amazon launched the flash-sale site in 2011 as that e-tail model was still taking off. The category has slowed markedly and the players have consolidated, with Gilt being acquired by Hudson’s Bay Co. earlier this year for a fraction of what the e-tailer was valued at in its heyday.

The Web giant is making a big push in fashion and has a new live-streaming style show called “Style Code Live.” It also quietly ventured into the private-label business, an area it is looking to expand on.

Just last week, the company joined forces with Moda Operandi, allowing users to check out on the luxe site with their Amazon log-in.

Amazon’s ambitions are big in fashion — a category many people never thought would be readily sold online.

Jeff Yurcisin, vice president, clothing, Amazon Fashion and general manager and chief executive officer of Shopbop, which the company bought in 2006, said last year that the Web giant is just like any other retailer.

“We may have a bad rep, and that is just not fully accurate,” Yurcisin said. “We work just like any other retailer. We buy full-price and work hard to sell at full-price and then we follow a traditional markdown cadence like anyone else. We’re a price follower, not a price leader.”

But Amazon’s trying to do things that few others could even attempt.

“Imagine a store that’s larger than any store we can imagine, and you’re walking [into it] thinking it’s just too big, but then you walk in and you’re greeted and they know who you are. They save your favorite brands,” he said. “That is what were trying to do at Amazon.”