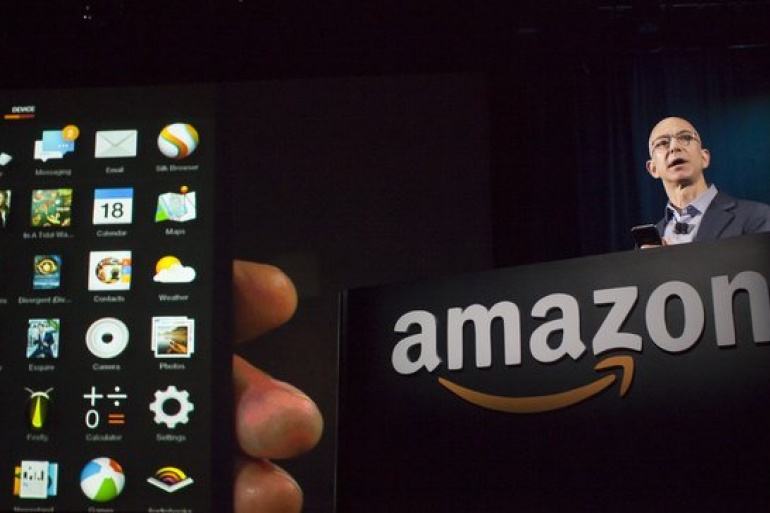 The story stated that the devices, branded under the name “Ice” for now,
could be made available in India by the end of the year. They would run
the latest version of Google’s Android operating system and also
include Google Assistant technology.

he phones in their current state reportedly do not include Amazon’s
Alexa virtual assistant technology, though the sources that Gadgets360
spoke with suggested that Alexa still could be incorporated into the
devices at a later date as the software elements are finalized.

Having failed with Fire, Amazon is turning to “Ice.”

It has been almost three years since Amazon phased out its Fire-branded smartphone in what can only be described as a fire sale (For the record, Amazon said that it sold through inventory and decided not to make more). The device was ultimately only sold for about two months and has since been forgotten as a failed experiment while other Amazon-branded devices like the Echo, Fire TV stick and Kindle Fire have fared much better.

Now, according to Gadgets360, Amazon is pretty far along in developing a new line of smartphones, but this time leveraging the Android operating system rather than trying to reinvent it. That sounds like a wise choice that would leave Amazon to focus on the things it does best — creating high-quality app experiences for shopping, video-viewing, reading, and other functions.

While it doesn’t sound like Alexa has a place in this new line of phones, it’s hard to imagine that will remain the case. After all, Amazon already is working hard to get Alexa into all kinds of devices including Motorola smartphones. It has even incorporated Alexa into its own iOS mobile app. Why wouldn’t Amazon want Alexa in its own new line of smartphones, too?

Although the target markets for these devices could end up being the determining factor for the role Alexa could play, or not play. Alexa-enabled devices like the Echo may have not been widely available, or available at all, in some of the markets Amazon is eyeing, including India.

The focus on emerging markets is interesting. Some may question why Amazon isn’t willing to re-enter the U.S. smartphone market, if only to show Fire phone haters that it can’t be gotten rid of so easily. However its focus on releasing a new phone with Amazon shopping and app experiences intertwined in a market like India where mobile plays a dominant role in shopping and commerce makes a heck of a lot of sense. A.T. Kearney’s Global Retail Development Index just named India a top destination for retail-related investment. Amazon already has been there for several years, and may be seeing that the best way to own a bigger piece of the mobile shopping market in India is to extend its influence beyond mobile checkout and into the mobile device in the customer’s hand.

Why Topshop is falling out of fashion with the Instagram generation

How shoppers use their smartphones in stores