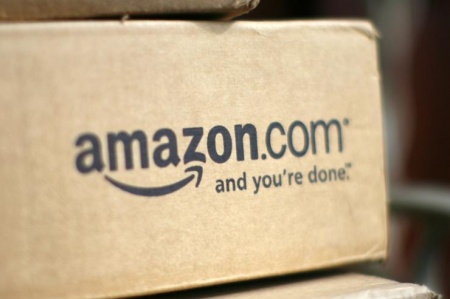 Amazon.com Inc.’s expansion into private-label activewear is beginning to show up on its website, a move that will generate fresh competition for Nike Inc. and Lululemon Athletica Inc.

Amazon is now selling at least two new product lines — Rebel Canyon and Peak Velocity — that appear to be internal brands, according to analysis by business-intelligence firm L2 Inc.

The e-commerce giant is adding the apparel as part of an effort to fill gaps in its lineup, rather than counting on big sports brands to offer their merchandise on Amazon, according to L2 analyst Cooper Smith.

Rebel Canyon features men’s sweatpants, sweatshirts and shorts — often priced below $30. The lineup is described on Amazon as “a way of life” and “style you’ll wear on the reg.” The brand also includes some women’s lounge clothing.

Peak Velocity, meanwhile, has higher-end fare, such as a $79 hooded fleece jacket and $59 jogger pants. The descriptions highlight the clothing’s technical features, including moisture wicking and breathability.

The brands have customer reviews dating back to late July, but more of them are from October. Many of the reviews are labeled Amazon Vine, which provides free products to reviewers selected by Amazon — often before the items are widely released.

Bloomberg reported last month that Amazon was making the foray into private-label sportswear. The company has been working with major Taiwanese suppliers — Makalot Industrial Co. and Eclat Textile Co. — to produce the clothing as part of a trial, people familiar with the situation have said.

Eclat makes clothing for Nike, Lululemon and Under Armour Inc., suggesting that Amazon’s new high-performance sportswear may become a direct competitor to apparel from those brands. Shares of those companies declined on the day when Bloomberg first reported on the project.

Lululemon shares pared their gains on Monday. After climbing as much as 1.4 percent, they were up just 0.4 percent as of 2:44 p.m. in New York.

Amazon has already ventured into other areas of private-label fashion, such as office clothing, jackets and dresses. That’s brought a growing array of company-owned brands, including names like Goodthreads and Paris Sunday.

Sonos opens its first store outside the US in London