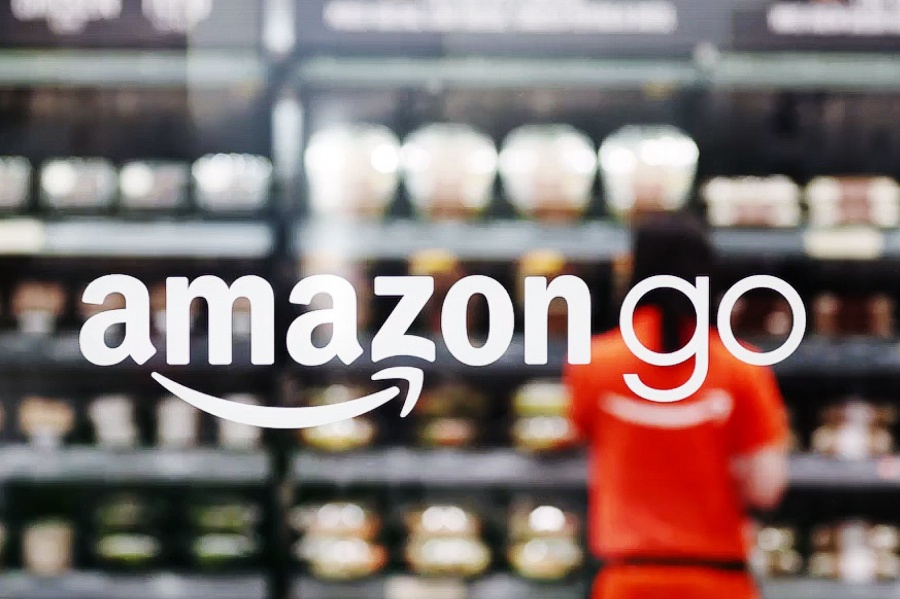 Amazon, whose revenues flow forever like the waters in its mighty
namesake river, is ready to disrupt your grocer now. Well, not now, but
soon: Just as soon as it’s satisfied with Amazon Go, the beta of the
online retailer’s first brick-and-mortar, checkout-free convenience
store in Seattle, according to the company’s announcement. Check in when
you enter the shop, grab what you want and go: You’ll automatically
receive a charge to your Amazon account for the goods.

That’s a lot of misguided futurism. There can certainly be something intoxicating about Silicon Valley-style, next-thing exuberance, and there’s definitely a lot to like about Amazon’s bold tech-fueled foray into grocery. It’s positioned to take advantage of a significant buyer niche. But nobody’s likely to make a lot of money on this — even Amazon — for decades, at least.

That’s because if you look past the marketing — and the media’s reflexive signal-boosting — everything we know empirically about grocery retail economics suggests Amazon Go will not be a massive disrupter in the market. Here’s the good, the bad, and the way forward.

First, credit where credit is due: Amazon really seems to be commercializing the sort of technology that a lot of physical-store retailers have been experimenting with for years — namely RFID, placing trackable sensors in products. Walmart famously seized on the technology early, but moving it from a rear-supply-chain tool to a customer value is a novel shift, if it pays off.

A “just walk out” store could indeed lead to a reduction in manpower costs with an increase in automation of checkout. That’s the source of all the scary hot-takes about Amazon disrupting the U.S. labor force, which employed 3.5 million cashiers last year, according to the Bureau of Labor Statistics: the most common job in America, after retail sales. But hiring costs will be offset at least in part by a need for higher-tech employees, and plenty of them, to run this infrastructure and technology. (More on that later on below.)

Another plus to the Amazon Go concept is that it finally gives industry pundits a legitimate reason to talk about their vaunted millennial market — particularly the small subset of urban, monied, tech-savvy 18- to 34-year-olds that most people actually mean when they say “millennial.” These stores are likely to play well with a demographic that dwells in high-density, on-the-go locales; values convenience over savings; and, perhaps most important, is relatively comfortable with the tracking technology that’s needed to make checkout-free shopping possible.

The biggest potential upside Amazon wants to offer is “checkout avoidance,” which all the data shows as a real consumer need in grocery, but not one significant enough to sway people’s buying patterns.

Our polling data at TABS Analytics has consistently shown that checkout lines rank behind store location and convenience, product quality and freshness, price and selection as a concern for consumers. That’s pretty poor — and it’s backed by YouGov poll results last week in which a whopping 66 percent of respondents said they wouldn’t pay more for their groceries if it meant avoiding lines.

As technology goes, the closest analog yet to Amazon’s model is self-checkout, which hasn’t caught on as well as its main movers had hoped. Walgreens dropped its ambitious long-term flirtation with self-checkout stations, and Albertsons and Walmart have scaled their own checkout-automation way back in favor of more cashiers and express lanes. Of course, self-checkout comes with scanner problems, freeze-ups, and new inconveniences for consumers that Amazon Go might sidestep — if its RFID and other technologies don’t get too buggy.

And bugs should be a massive concern: In a new point-of-sale technology of this scale, the potential for snags and breakdowns explodes, particularly on the replenishment side. Such risks aren’t yet clear with “Just Walk Out” technology, because the technology itself isn’t clear.

“We used computer vision, deep learning algorithms, and sensor fusion — much like you’d find in self-driving cars,” the company gushes, using lots of tech-stock buzzwords in place of logistical details. The technology Amazon filed in its recent patents involves real-time tracking of every customer in the store through RFID, pressure sensors, predictive analytics and even possibly “microphones to triangulate a customer’s position by using sounds such as footsteps.”

If true, that’s a network of multiple data-gathering and tabulating machines whose breakdown could affect the entire operation. Even Amazon’s relatively small stores will need significant amounts of on-call service technicians. Consider how much of a drain on time, resources, and customer convenience cash register troubleshooting already costs retailers. Now, increase the complexity of your system by a hundredfold. That’s what Amazon is aiming to do here.

Smaller stores with fewer product offerings are a great place to establish proof of concept for this sort of technology, but their revenue potential and choice to consumers won’t be easy for big grocers to amortize or scale up.

What’s more, Amazon’s small stores will require an extremely high investment to chase the upscale niche consumer. Even with a small footprint, you pay a real-estate premium to reach high-demand, high-volume areas with disposable income.

Should everything go smoothly, Amazon Go wouldn’t put the Walmarts and Krogers out of business: There won’t be any Walmarts or Krogers for miles around! The immediate threat this store model poses is to mom-and-pop corner grocers and bodegas in urban locales.

The thing about grocery retail is there’s not a lot of profit margin. That’s one reason why real, lasting innovation is rare in this business. Not many companies can undertake the investment in an innovation of the magnitude Amazon Go represents. Amazon can, and it will realize some return on that investment – in terms of consumer data and niche revenue to drive the next iteration of this technology model.

That’s not the sort of return most grocery retailers can afford. Amazon’s Next Big Thing isn’t big enough to disrupt the industry yet. In fact, Amazon might discover its Just Walk Out concept is better suited to nonperishable consumer goods and industries, like electronics or apparel, where there are fewer regulations, codes, and health requirements to navigate than in grocery.

In the meantime, instead of quaking in their boots about Amazon’s imminent disruption, savvy grocery leaders should do their own research and prove to themselves what’s really important to their bottom line, and what works to maximize those gains.

There’s plenty of insight to be gleaned from your customers today; not the hypothetical consumers that may steal away to Amazon Go in the near future. If you are still interested in checkout-free technology — and you should be — that’s great. There are plenty of ways to explore this technology on a small scale, without major upfront investment.

Something good is going to come out of this; it’s just not clear what good, or how much, is coming yet. For its part, Amazon can afford to be a loss-leader as it experiments on a huge scale with the first iteration of a new technology. But if other industry leaders neglect mass-market revenue streams to chase Amazon’s tail, they’ll only be disrupting their own profits.