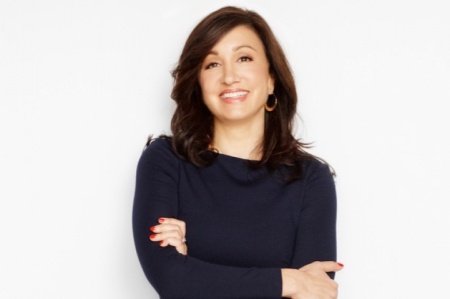 NEW YORK, United States — Just as Amazon is poised to become the biggest apparel retailer in the country, BoF has learned that one of the people instrumental to that growth is departing. After eight years with the Seattle-based e-commerce behemoth, Amazon Fashion president Cathy Beaudoin exited the company last week.

“Cathy Beaudoin has decided to step down from her position as President of Amazon Fashion,” said a spokesperson for Amazon Fashion. “Given the momentum of the business and strength of the team, she’s decided now is the right time to pass the baton. We thank Cathy for her tremendous contributions to Amazon Fashion and wish her all the best.”

A successor will be named soon. Chief marketing officer Jennie Perry, who worked closely with Beaudoin, remains in her role.

Amazon chief executive Jeff Bezos hired Beaudoin in 2008 from Gap’s Piperlime, an e-commerce brand she co-founded, to lead Amazon’s push into the fashion market and build relationships with brands. She was named president of the fashion division in 2012.

Bezos’ fashion ambitions, motivated by the category’s rapid online sales growth, have been a priority over the last five years as Amazon gobbles up market share, which Morgan Stanley projects will reach 19 percent by 2020. Amazon’s apparel sales will increase 30 percent in 2017 to $28 billion, according to a report by Cowen & Co.

But it hasn’t been an easy climb. “None of the algorithms Amazon built are applicable to fashion,” Beaudoin told columnist Dan Woog in 2015. (At that juncture, she was overseeing more than 1,000 employees serving 40 million customers.) “For a company like this, which believes so strongly in its formula and playbook, this was counter-cultural.”

Beaudoin was not only tasked with educating Amazon itself on the marketing and distribution of apparel, but also on educating the fashion industry about Amazon. She oversaw the opening of Amazon Fashion’s 40,000-square-foot photo and video studio in Williamsburg in 2013, created as a headquarters for Amazon’s growing need for product images. She targeted contemporary, mid-range and denim labels (including Theory and J Brand) to join a growing list of thousands of brands, many of which were also sold on Amazon subsidiaries Shopbop and Zappos.

Luxury brands, however, have been harder to woo. LVMH chief financial officer Jean-Jacques Guiony told analysts in October that “there is no way” the conglomerate will do business with Amazon.

During Beaudoin’s tenure, Amazon entered several strategic partnerships to beef up its high-end fashion credibility, sponsoring New York Fashion Week: Men’s with the CFDA, the Met Gala in 2012, as well as international fashion weeks in India and Japan. It also picked up “The Fashion Fund” unscripted series documenting the CFDA/Vogue Fashion Fund in 2015.

Recently, Amazon has turned its attention to expanding its private label apparel offerings and has launched seven in-house lines, including lingerie and activewear. Products are developed quickly and based on consumer data, allowing for rapid iteration. Just last month, Amazon won a patent for an on-demand textile manufacturing system that could further the efficiency of its apparel business.

Amazon released it first quarter 2017 results last week, which saw sales increase 23 percent to $35.7 billion, while operating income decreased 6 percent to $1.0 billion. The company does not break out sales for fashion and apparel.

“Time is our real competitor,” said Beaudoin to Bloomberg in 2015. “When we present a category well, [customers] respond, and that’s effectively what’s happened with our fashion business.”