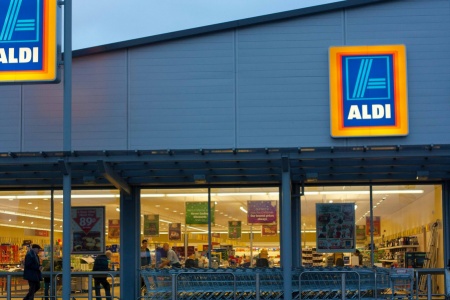 The escalating price war between the two chains will put significant
pressure on grocers throughout the industry, analysts said. “It is fair
to expect a significant acceleration in the bankruptcy and liquidation
cycle in this sector over the next few years,” Burt Flickinger, managing
director at retail consultancy Strategic Resource Group, told Reuters.

Aldi is taking the fight to Wal-Mart, which isn’t something the world’s largest retailer is used to. In addition to its price maneuvering, Aldi is building its stores close to existing Wal-Mart locations — even right next door, in some cases — to lure customers away.

The discount chain also is undergoing an extensive $1.6 billion makeover, which the company hopes will have the dual effect of drawing in customers and driving down prices even further. “The remodels are aimed at increasing our volumes which means more purchasing power that will help us lower prices further,” Scott Patton, Aldi’s vice president of corporate buying, told Reuters.

Wal-Mart isn’t taking any of this lying down, of course. The Bentonville-based retailer, which has reported strong sales lately, has launched its own pricing initiatives aimed at besting Aldi. Earlier this year, the company began a new price comparison test in 11 Midwest and Southeastern states. It also recently announced its merchant teams will work more closely with manufacturers, and it has pressured its suppliers to continue lowering prices. In an executive presentation last month, Wal-Mart officials said they want to be 15% cheaper than the competition 80% of the time.
Who will win the pricing war? It’s hard to say. According to analysts, Aldi’s large assortment of private label brands — about 90% of store products — means it can quickly reach back in its own system to adjust pricing, supply, and more. Wal-Mart, on the other hand, must convince its many national suppliers to make the changes it wants. It’s a complex way to drive efficiencies, which is why Wal-Mart CEO Doug McMillon says the company plans to increase its store brand share above 30% where it currently stands.

Whoever wins, the real loser will likely be the rest of the industry,
which stands to see major pricing pressure stemming from this showdown.
Grocers, particularly conventional ones, are doing everything they can
to refresh their stores and deepen customer engagement, but a major
price war may be too much for some of them.

In challenge to Wayfair, Amazon, Target up the ante in furniture