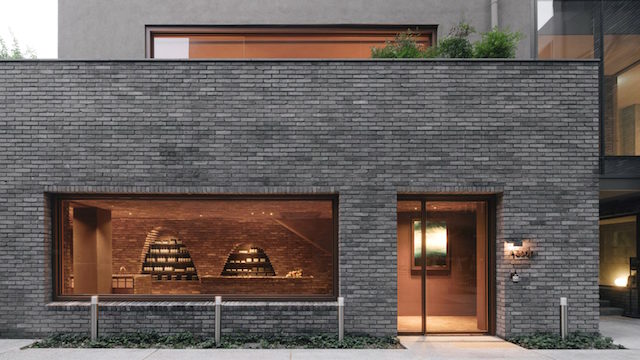 The designers laid out the two-level Aesop store in Seoul using reclaimed red bricks to fashion within the building’s slate-grey brick facade to create a warm and inviting shop interior. It is intended to provide a cosy retreat for shoppers, especially during the cold winter months.

“It gave an exciting opportunity to do something just the opposite with the same material,” said an Mlkk Studio spokesperson. “The choice of material also creates a dialogue with the architecture and effortlessly blends the interior and the exterior … The bricks add colour variety and enrich the sense of time and history of the space.”

The bricks are also used in the store’s service counter and for a sink where customers can try out the products. Two arched cubby holes with copper shelving are built into the rear wall, resembling traditional Korean kilns.
Source: insideretail.asia