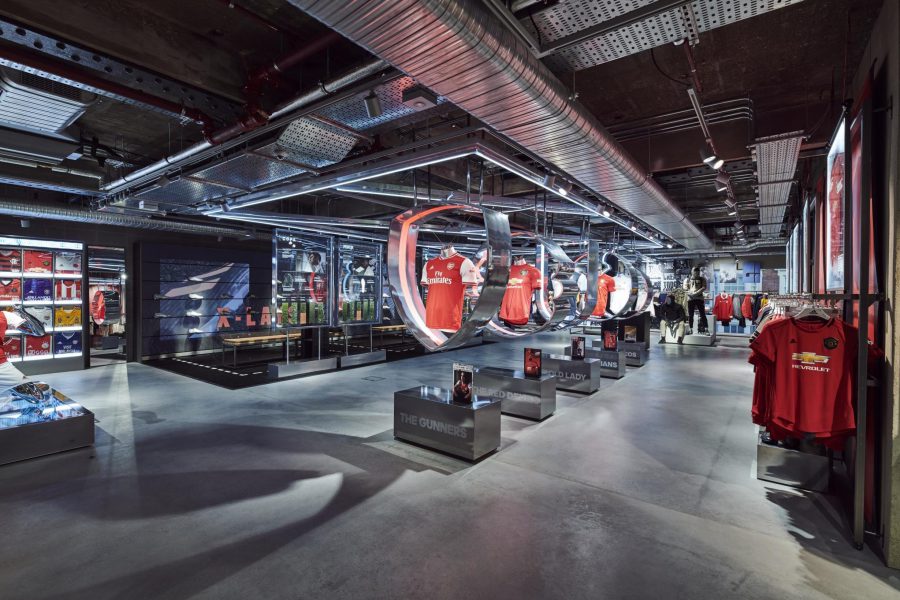 Adidas has offered a look inside its brand-new Oxford Street, London flagship store, showcasing the all-new digitally-enhanced retail experience that puts football at its core.

Adidas’ football apparel will be at the front of the new store, welcoming guests alongside an installation made with the latest Messi 15th anniversary boots. Alongside its football boot installation will be other works on each floor, all of which are designed by London artists. One of the most notable installations is a Union Jack made from 1,000 national flags to represent the “city of a thousand nations” and the diversity of staff in-store.

Specific areas have been developed for adidas football, Adidas Originals, YEEZY, Y-3 and Stella McCartney products. Throughout the store, designers have considered sustainability and produced areas that incorporate recycled plastic, foam and textiles where possible.

The store is brought together through its new digitally-enhanced retail capabilities, which merges the adidas app with real-life shopping. There are over 100 digital touchpoints powered by 100% green energy that allows customers to engage with adidas and its new store, with features such as “Bring It to Me” allowing shoppers to geo-locate their place, scan products, check stock, request their size and then purchase on the spot.

adidas makes it simpler to keep track of its highly sought-after drops with an in-store reminder service called the “Hype Wall.” In “The Base,” there will be alternating product experiences, activations and interactive challenges in an immersive LED-clad environment, as well as a MakerLab where customers can customize products.

The adidas Oxford Street flagship opens today and will feature a host of London-exclusive products, such as the recently-announced Dan Freebairn T-shirt capsule collection.

In other news, adidas’ executive Eric Liedtke — who is responsible for its Kanye West and Beyoncé collaborations — will depart from the company.

Amazon pumps in more than $600 million into India units