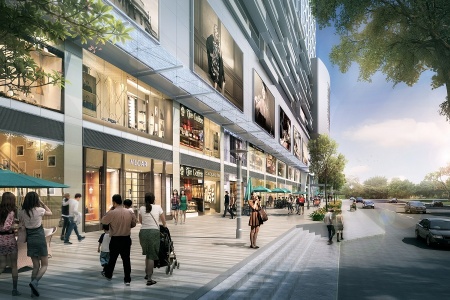 US retailers are closing stores and filing for bankruptcy at rates not seen since the recession.

The industry’s decline isn’t just a phase or a temporary trend: it’s a new normal, according to report released Wednesday by the asset management company Cohen & Steers.

“We see this retail weakness, which is occurring despite a relatively healthy economy, as part of a permanent evolution in how and where Americans spend their money,” the firm, which manages $58.5 billion in assets, said in the report.

Cohen & Steers blamed four factors for the retail industry’s shift: an over-abundance of stores in the US, the growth of ecommerce, shifts in shopper spending away from apparel and more toward experiences, and the decline of department stores.

Sears, Macy’s, JCPenney, and more than a dozen other national retailers have all announced mass closures this year.

The closures, which total more than 3,200 stores so far this year, are squeezing real estate investment trusts, or REITS, that own regional mall and shopping center properties.

For these REITs, “the threat of increased vacancies and rising costs for redevelopment and re-tenanting caused declines of 14.6% and 11.5%, respectively, in the 12 months ended March 31, 2017,” the report states.

Excluding these sectors, the rest of the REIT index produced a healthy 8.2% total return in that period.

When so-called anchor stores like Macy’s or Sears go out of business, malls must find new tenants to replace them or risk losing rent payments.

Class A malls, which are the most profitable shopping centers, will have little trouble attracting new tenants when stores close.

But class B and C malls — which represent the majority of malls in the US — will have a harder time finding lucrative replacement tenants.

Retailers Are Going Bankrupt at a Record Pace