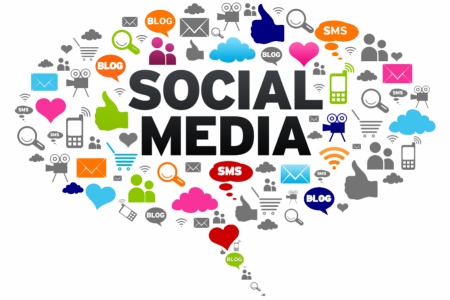 Are you a part of the 96 percent of businesses using social media for your business? These days, it seems like a silly question to ask. Social media marketing has been a mainstay for businesses for more than a decade now, and it has become fully ingrained as a legitimate, if not necessary component to a successful online marketing strategy.

But despite its persistence in mainstream use, social media never stays the same for long. Each year, we see new, popular platforms, we’re pushed to try new strategies thanks to app updates, and we witness consumer behavior changes that we figure out how to leverage to increase our ROI.

So what was going on in the social media world this past year? What were the prevailing social media trends of 2017?

2. Brands began targeting a new generation. Move over, millennials. Brands always want to know what the youngest people in the country are doing, and millennials are getting too old to be considered their primary demographic. Generation Z—a loose and probably temporary term for people born during or after 1995—now has close to $44 billion in purchasing power, and will likely shape how we use social media in the near future. Generation Z is easily bored, and likes to remain more private than their millennial counterparts. They’re also resistant to advertising, which makes them tough for brands to attract.

3. Brands started focusing on communication with individuals from their community. Brands are also shifting their attention away from apps that treat messaging like a broadcast system; rather than posting a message for thousands of people to read, brands are increasingly investing time and energy on messaging platforms that allow for more individual interactions. Consumers have always preferred one-on-one interactions, because they’re naturally more personalized and thoughtful. Used more for customer service than for advertising, brands will likely pursue this channel even further in the future—especially in combination with the next item on this list.

4. Chatbots exploded in popularity. Chatbots exploded in popularity in 2017, and are only going to grow more important in the coming years. Able to mimic humanlike interactions, and serve as an automated intermediary between brands and consumers, chatbots are inexpensive, and capable of keeping everybody happy. Chatbots are available in multiple platforms, including taking the place of human representatives in some online chat interactions, and fielding some requests of users while on the phone. Chatbots haven’t completely replaced humans yet—they’re still not perfect interpreters, and are usually easily distinguished from real human beings—but they’re growing in sophistication.

5. Digital hangouts emerged as a popular form of socialization among the tech-savvy. Thanks in part to Generation Z’s preferences and the ever-expanding world of online video, digital hangouts are becoming more popular. In case you aren’t familiar, digital hangouts are basically apps that let you video chat with multiple people simultaneously, and possibly engage in activities like watching movies or shopping together. Dozens of apps have emerged in this space, and have quickly amassed small, yet consistent user bases. There’s yet to be a clear frontrunner in this niche, but I imagine we’re not far away from seeing one platform dominate the others. This is quickly becoming a critical opportunity for brands to reach Generation Z—especially if online shopping can be part of the equation.

6. New integrated buying opportunities emerged. Speaking of shopping opportunities, 2017 also saw an increase in e-commerce integrations in a variety of social apps. Facebook Marketplace, which technically launched late last year, started picking up popularity in the second half of 2017, and set an example for other brands to follow. Paid advertisements are making it more convenient for users to buy the products they’re advertising, with one-click transportation to a shopping cart, and my guess is next year will be even bigger for these revenue opportunities.

7. Content legitimacy took center stage. After a contentious election at the end of 2016, plagued by an abundance of “fake news” stories and suspicious advertising, social media platforms were forced to take center stage in the fight for content legitimacy. Platforms like Facebook were forced to defend themselves from external accusations of misdoings, and introduced new mechanisms to detect and fight back against “fake news” and other low-quality content. These efforts haven’t eradicated the threat of bad content, but are a positive sign that these major tech companies are willing to do more to protect the interests of their users.

Despite little movement from big pillars like Facebook’s userbase and the popularity of hashtags and contests, social media has gone through some interesting changes this year.

How China’s luxury e-commerce market will evolve in 2018