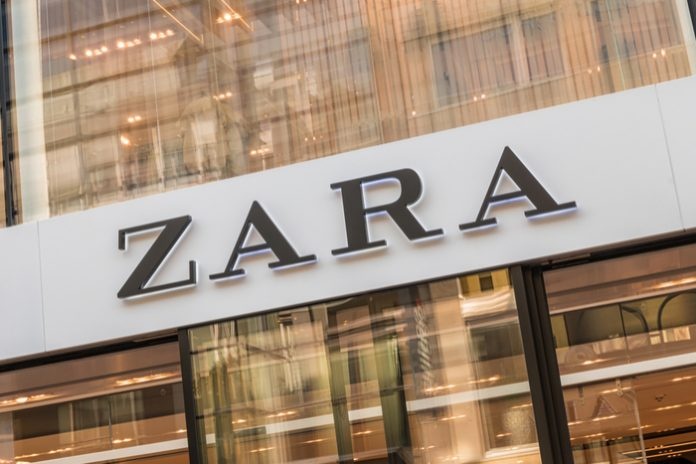 Zara wants to knock the kinks out of “click and collect.”

The fashion behemoth has honed an online strategy that is the envy of its more lumbering competitors, exploiting a rapid-fire production and distribution system that has allowed Zara to use thousands of its stores — including its 85 locations in the U. S. — as a convenient pickup and return point for online customers.

One-third of its global online sales are now picked up in the store, the company says, but that has created long lines in some cities and waits for attendants to retrieve packages, customers say. To speed up the process, Zara said earlier this year it would roll out a robot-run version of click and collect, automating the service.

The collection points in brick-and-mortar stores will allow shoppers who have ordered items online to scan or enter a code, triggering a behind-the-scenes robot to search for the customer’s package in a small warehouse, and then deliver it quickly to a drop box.

The move comes as Zara faces heightened challenges to maintain its momentum and compete with online-only apparel retailers, such as Zalando and ASOS, that sell a variety of brands. Annual sales at both have grown more than 20% in the past couple of years compared with low double-digit percentage growth at Zara’s Spanish parent company Inditex SA.

Inditex, the world’s largest retailer by sales — whose brands also include Massimo Dutti, Bershka and others — is often one step ahead of traditional brick-and-mortar competitors, so the company’s bid to better integrate its online and in-store services could serve as a guide for other retailers as they undertake their own revamps.

Inditex is “already good at sending items from the warehouses to the stores or directly to your house,” said Pedro Aguilar, until recently a Euromonitor analyst in London. “They need to improve a bit more from the store to the consumer.”

When Mr. Aguilar recently stopped by a Zara store on London’s bustling Oxford Street to pick up a package he had ordered online, there were no signs indicating where to pick up such orders. An attendant told him to wait in the checkout line. After a long queue, he was told he needed to head upstairs, where he was greeted by another line. An attendant was taking down customers’ package numbers by hand to retrieve the items.

An automated version will be an improvement. “In places where online is getting bigger and bigger, like in London, [retailers] have to create these solution to improve the consumer experience,” Mr. Aguilar said.

Click and collect is a growing focus for other retailers as well. In the U.S., an average of 8% of Kohl’s online sales used click and collect during the past three years; that figure drops to an average of 3% at Nordstrom and Macy’s, figures from data provider Slice Intelligence show. Spokespeople for Kohl’s and Macy’s declined to comment and Nordstrom didn’t respond to a request for comment. Around 40% of J.C. Penney’s online sales are picked up in store, a spokesman said.

Sweden’s Hennes Mauritz AB offers click and collect at about a quarter of its nearly 250 stores in the U.K. The company says is working to roll out the service in the U.K. and in six additional European markets this year. Several months ago, Gap Inc. began to test a click-and-collect service for Old Navy in Chicago and the San Francisco Bay Area.

Zara, by contrast, offers click and collect in 44 of the 94 countries where it has a presence. Zara launched its first automated online order collection point in September at a store in A Coruña, Spain, near its headquarters. In May, Zara said it would follow suit at a major store in London and then roll it out to other stores around the world. A company spokesman declined to comment on the pace or timing of the rollout in other countries such as the U.S.

Better collection points give a boost to Zara’s traditional brick-and-mortar shops, bringing more online shoppers into physical stores and increasing the probability they will purchase an additional item, Inditex executives and analysts say. The profit margins for in-store sales are typically higher for retailers than online sales.

“You could see as a store as a liability,” Macquarie Group analyst Andreas Inderst says. “But if it’s a seamless omnichannel proposition, it can add value to an organization.”

Amazon wants to be your bank too?

Amazon has French grocery stores in its sights, too