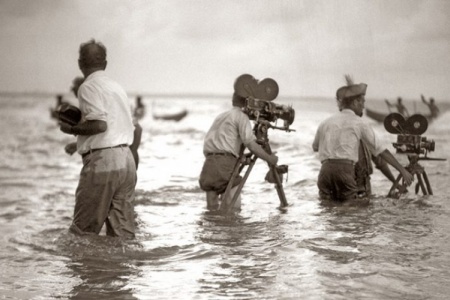 Corporate responsibility is an essential part of good business. Today, all types of brands are looking for new ways to promote their socially-conscious beliefs and practices.

Two commendable examples from earlier this year come to mind. In January, when an executive order suddenly clamped down our borders, Lyft donated $1 million to the ACLU, and Airbnb offered free housing to refugees who were stuck in limbo. As a result, both companies stirred up a wealth of positive PR.

The reason why these gestures are so successful is because consumers overwhelmingly support brands that do good. This is especially true of millennials. According to a recent Brookings report, roughly 90 percent of young people favor brands that are committed to good causes.

The next step for brands like Lyft and Airbnb is to connect their mission to strong narratives. And today, film and television are the most impactful narratives we have. In fact, right now there is no format more popular and cost-effective than the social issue documentary.

However, not any old attempt at positive messaging is going to fly with consumers. Today’s audiences demand authenticity and are well-equipped to sniff out fraud. As we saw with Pepsi, brands that try to co-opt serious issues are in for a world of hurt and no small amount of ridicule.

The key to avoiding a PR disaster like the recent Pepsi ad is authentic storytelling.

Instead of paying for inauthentic digital ads, brands like Pepsi could invest the same amount of money in a feature-length documentary that authentically explores an issue of their choice, whether it’s Black Lives Matter, immigration, or the global refugee crisis. To further support their cause, brands can then donate to the ACLU or other relevant organizations.

With this approach, it’s very likely that big-name celebrities and influencers would tweet about the doc and donation. In an authentic documentary, there is no need for brands to shell out a commercial endorsement fee to a well-known reality star.

The challenge with short pieces of branded content is that there’s no market for them. There are no film festivals or major distributors that buy 4-5 minute films. Finding an audience for what is basically an ad requires brands to commit to a media buy and essentially pay for likes.

Feature and television-length documentary projects are different. The global entertainment industry distributes entertainment based upon the traditional lengths of TV series (half hour or one hour) and feature films (90 minutes or more). Brand-sponsored long format projects can sell to major distributors who will use their own media dollars to market the project. And unlike short pieces of branded content, feature films have multiple viewing windows: film festivals, theatrical, streaming, DVD and digital/cable.

For example, we collaborated with Pereira & O’Dell and NetScout to produce the Werner Herzog documentary about the internet, “Lo and Behold: Reveries of the Connected World.” The film premiered at Sundance, where it was purchased by Magnolia Pictures. NetScout’s annual impressions went up tenfold, all without investing in an expensive media buy.

Another example is “From One Second to the Next,” our collaboration with BBDO and AT&T for AT&T’s “It Can Wait” campaign, a national initiative against texting and driving. The 35-minute film was a huge PR success. Variety called it “one of the most effective public service messages ever.” The film is available on Netflix and is being shown in over 40,000 schools and colleges.

The success of both these projects is all about execution. For starters, we brought in an iconic documentarian, Werner Herzog, to direct.

Directing is not an entry level job, yet many brands continue to treat it that way. They’ll hire filmmakers in-house, or newbies from somewhere like Vimeo, and they’ll let them learn on the job. It’s hard for an inexperienced filmmaker to direct a good global campaign and even harder to direct a good feature film or documentary.

A new director, desperate for the gig, will tell your brand exactly what they want to hear. They will not have experience delivering a full feature and will avoid pointing our major issues, such as “is this a good idea?” for fear of causing trouble or losing the job. Saturday Night Live recently spoofed this exact situation.

When brands hire short-format directors to direct feature-length projects, it greatly reduces the chances of a successful outcome.

If brands truly want to make something authentic, they need to hire someone who has a track record of making authentic films. You wouldn’t hire an architect who never designed a house. Brands may want to reconsider hiring new directors who have never shot big Pepsi campaigns, or asking commercial directors who have never shot long-format projects to direct feature- length documentaries and films. An accomplished long-format director is likely to deliver an authentic and well-received film or documentary.

Another reason to hire directors with a successful track record is because they have value in the marketplace. A feature-length documentary or film directed by a signature director or Oscar- winner is more likely to sell and get proper distribution on film and television platforms. This should be the absolute top priority for brands.

While many advertisers continue to toil in the realm of short-form branded content, a far better option for brands looking to reach consumers with socially responsible messages is to make authentic feature and television-length projects that film and TV distributors will want to buy.

When brands play in this space, their work is no longer an ad; it’s an authentic piece of entertainment.