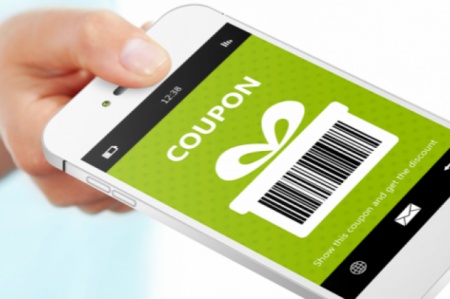 For retailers trying to come to grips with a viable strategy for mobile payments, the ideal solution is perhaps something other than the lyrical tap-and-pay with a smartphone.

In fact, the trend in mobile wallets these days isn’t payments at all.

There are emerging growth opportunities in the use of smartphones for payments, particularly as retailers upgrade their point-of-sale systems with technologies like near field communications that allow for contactless transactions. But that might not be enough to prompt consumers to shelve their credit cards.

“I think there’s enough proof out there that the phone is not going to be used unless there’s another reason driving the behavior,” says Carr, whose company processes payment transactions for retailers.

Juniper Research forecasts robust growth for contactless payment transactions using mobile phones globally, estimating that they will increase from 3 billion worldwide in 2015 to more than 10 billion in 2018. More than 1.5 billion mobile wallets will be in use globally by 2018, representing about one in five phones.

Observers say a chunk of that growth will be driven by U.S. retailers’ ongoing implementation of chip-and-signature credit cards following the October 1 deadline to be ready for the new cards or face increased liability for fraudulent transactions.

Despite protests in the retail industry about the chip card mandate, many retailers who are installing new card readers are taking the opportunity to make sure the terminals are also equipped for contactless payments.

While a bright future may emerge for paying with smartphones as new POS systems are installed, pragmatic marketers have their eyes cast on the here and now.

“The chief marketing officer doesn’t care” how a customer pays, says Mark Tack, vice president of marketing at Vibes, a mobile marketing technology company. “They care about getting customers into the store, increased average basket size when in the store and how to get them to come back with loyalty after they make the purchase. That’s the journey.”

Tack says that while both sides of the mobile wallet equation — payment and non-payment — are important for consumer adoption, “at the end of the day, when you think about the customer journey, the payment is only a sliver. It’s a very important sliver, but it’s only a sliver of the overall journey.”

A February survey from Forrester Research noted the swing from mobile wallets being thought of as a payment protocol to being considered a system to deliver substantive marketing opportunities. In the next five years, mobile wallet platforms will “morph into rich marketing platforms,” according to Forrester, noting the urgency of the opportunity for brands.

Gartner forecast in a January report that by 2017 consumer mobile behavior will drive mobile commerce revenue to 50 percent of all U.S. digital commerce revenue. Acknowledging the power of the non-payment side of mobile wallets, Gartner challenged retailers to use mobile wallets to create “path-to-purchase experiences.”

Brands doing any kind of marketing — email, text, social and mobile media or even direct mail — should be linking to one of the third-party mobile wallet platforms.
Examining strategy

Observers say retailers will seek to push the envelope on mobile wallets more broadly to consumers during the upcoming holiday season, after a year of focusing on the early-adopter market.

A year after the launch of the Apple Pay mobile payments platform, Tack says it’s apparent that “there’s a lot more to the wallet than paying.” With Apple Pay, the rebranded Google Wallet (Android Pay) and Samsung Pay, observers say the new mobile wallet landscape is bringing about a reckoning for retailers.

One of the rubs is that retailers will need to closely examine their strategies for continuing to invest in their own proprietary apps for mobile payments. While many have had success, including Pep Boys, Men’s Wearhouse and Taco Bell, Tack contends that the power of the dominant third-party platforms is inescapable because mobile wallets are already pre-installed in the operating systems of the latest-generation smartphones.

Even if branded apps contain technology such as pre-ordering and geolocation that lets stores know when customers are about to arrive, Tack says such efforts still aren’t reaching an expansive customer base.

Forrester’s “The Future of Mobile Wallets Lies Beyond Payments” report noted flatly: “No matter how good your own app is, the reality is that only a small subset of your customer base will use it.”

Tack says brands doing any kind of marketing — email, text, social and mobile media or even direct mail — should be linking to one of the third-party mobile wallet platforms.

“The question for retailers is, ‘How do I reach the majority of my customers who aren’t going to use my app?’” Tack says. “The answer that a lot of retailers are finding it is in the mobile wallets [of Apple, Google and Samsung]. They’re already on the phones. The customers don’t have to download anything.”

At its launch, some retailers rejected Apple Pay, in part because Apple did not share the system’s customer data with retailers. Apple countered with a powerful incentive: More than 1 million credit cards were registered into the Apple Pay system within three days of the launch.

As important as customer data is for marketing, Todd Ablowitz, president of mobile payments consultant Double Diamond Group, says that should not be a sticking point. He says it’s clear what is motivating customers to engage in transactions in the current mobile-frenzy era.

“Certainly retailers have a right to be cognizant of what data is generated and who gets it. But when there is a compelling opportunity for the customer, and there is a differentiated experience in the store, the customers will move to the stores where they have the best experience.

“Retailers would do well to look at differentiating the experience and the opportunity to gain more sales versus their competitors,” he says.

Carr adds another issue to the list for retailers to consider — what might be called mobile wallet clutter, brought on by branded platforms and apps.

“Consumers are having to make a choice whether they want one wallet or multiple wallets,” he says. “The first player out there that allows an open wallet to all the stakeholders is going to be the ultimate winner.”

The Retail Supply Chain and The Future of Fulfillment

A Sip and a Story