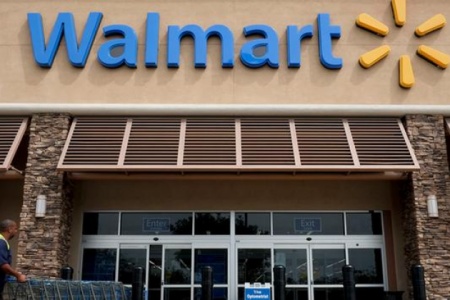 Walmart is one of the biggest retail environments in the world, with over 12,000 stores located in 28 countries. The giant also has a huge online presence. It is the world’s largest retailer, and many smaller companies are looking towards this global organization for tips on how they too can be so successful.

Every single week, the company is growing in terms of customer base, and this is largely thanks to its growing product and service range. But, why is Walmart so successful, and how can other retailers follow in its footsteps?

·         Acquisitions – One of the main things that makes it so successful is the sheer number of smaller businesses that it owns. Over the time spent in business, Walmart has bought many other smaller businesses, each of which has contributed in a number of different ways.

In total, it made 20 acquisitions, some of which have been pretty big. For example, in September 2016, Walmart bought Jet.com for $2.4 billion, and then the following year bought Shoes.com for $70 million. Other acquisitions include Parcel, Set Direction, Torbit, Tasty Labs, Social Calendar, and many others.

·         Online presence – Other reason for its success is its online presence, and currently it is the second largest online player behind Amazon. More and more people are moving toward online shopping rather than leaving the house, and Walmart  is making sure to keep up with this trend.

It helps that the company’s website is also compatible with mobile devices. It also has an app, so customers are able to browse and buy when they are out and about and on the go.

·         Good Employer – Currently, Walmart is the largest employer in the US, with over 2.3 million employees. The company recently announced a 2-step wage increase for its workers in the US, which was a huge deal. This automatically put pressure on other stores to follow Walmart’s footsteps.

·         Tech Giant – Walmarts biggest rival, Amazon, is a tech giant. It is constantly coming up with new innovative tools and products, and Walmart is doing its very best to catch up. In recent years, the company has worked hard on improving its tech industry, which is what people are looking for.

·         Services – In addition to a huge array of products, Walmart offers customers a range of services. For example, the trade in program allows customers to get their hands on gift cards when they trade in their old electronics. The company also has a photos service where you are able to print your photos or turn them into gifts, a registries and lists service, box subscriptions, tech support, health and wellness, a money centre, product care plans, and much more.

These are just a few of the things that help to contribute to the success of this global retail giant. Not to mention the fact that it offers a huge range of Walmart coupon codes and deals, all of which makes shopping even more affordable. It is likely that over the coming years Walmart will continue to be a successful company and household name as it spreads its way around the globe.