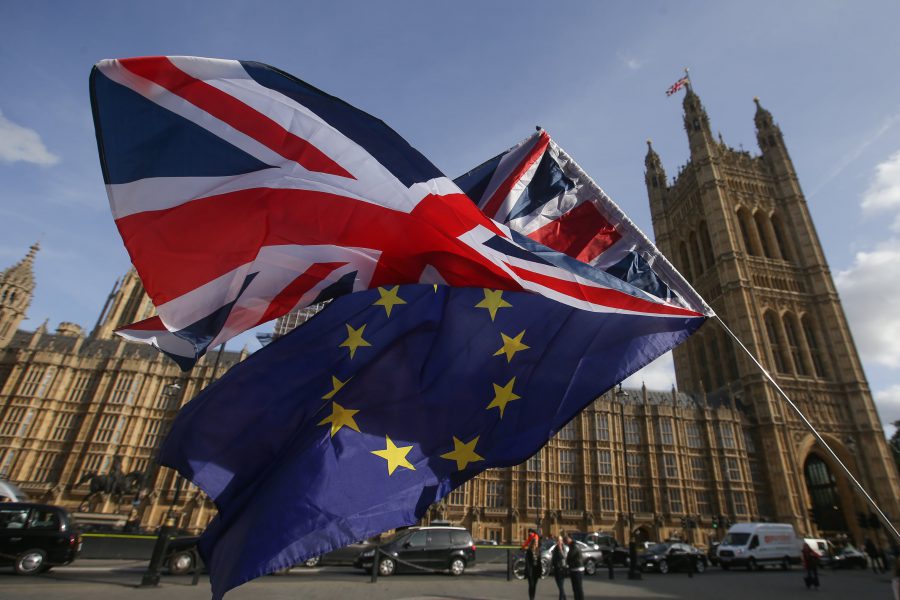 Since the UK voted in favour, albeit with a slim 52 per cent majority, of leaving the EU back in June 2016, Brexit has been on people’s mind’s a lot. So much so that consumer confidence has dwindled, and prices have gone up as the value of the sterling tumbled.

Despite the government’s efforts to negotiate with the EU on a trade deal that it wants, the end result still seems unclear. Many businesses are now preparing themselves for a potential no-deal scenario as the March 29 deadline for the UK’s divorce from the mainland draws closer.

The aim is to have an agreed deal on the table with the EU by that date, which will lay out the exact terms under which the UK will depart from the union. Whether a deal is reached or not, it might have consequences for retailers.

“Tariffs of five per cent or more on imported goods, poor product availability, wastage and a labour shortfall, which all pose a real threat to profit margins and top line sales, should be top of the agenda.”

He added: “The impact of this will be exacerbated by the uncertainty felt by consumers, prompting them to panic-buy in the run up to March 29. “Retailers can take practical steps to mitigate this, by adopting a ‘peak mindset’ and collaborating with their supply base.”

One factor of a no-deal Brexit is the inflation it could potentially cause. In a report published this week, the British Retail Consortium and Northern Ireland Retail Consortium warned the government as well as the general public that a no-deal would have “devastating consequences”.

The retail lobby groups warned on increased tariffs and regulatory checks, which means the cost of making fresh food and drink available could increase while everyday food prices could increase by up to 45 per cent.

If the UK were unable to negotiate a deal, the existing trade agreement it has with the EU could cease immediately. This means it would be subject to the EU’s external tariffs and necessities such as food and drink would see their prices increase.

“Inflation stood at two per cent in December 2018 (ONS) and the Bank of England has pledged to maintain that, no matter the outcome of Brexit,” Sperrin told Retail Gazette.

“However, most, if not all retailers will have to raise prices, with food prices likely to be some of the worst affected.

“Despite this, for those who are taking appropriate precautions to minimise the costs of Brexit, there is an opportunity to buck the trend and become more competitive.

“Taking steps such as optimising shop floor operations, which we typically find presents opportunities to reduce direct labour by 10-15 per cent, will help to keep costs down and enable retailers to stay ahead of the rest.”

Last year one of the UK’s largest dairy producers, based in Northern Ireland, warned that leaving the customs union under a no deal Brexit could lead to the price of meat doubling, as well as dairy prices rising by 50 per cent.

With 50 per cent of the UK’s food arriving through Dover and Folkestone, there is a risk of delays at the port which could drive up costs, and in turn, push up prices for customers.

“My concern is that the disruption will create issues at ports, which could cause delays to imports from all over the world, along with a further drop in foreign exchange rates which can only lead to price inflation,” Studio.co.uk managing director Paul Kendrick told the Retail Gazette.

However, Sperrin’s research found that 49 per cent of consumers wanted to know whether a product had been produced in Britain when considering a quality product. “Those retailers who can capitalise on this insight, by promoting their local produce or adapting their range will be one step ahead,” he said.

His firm Newton added that the UK grocery sector could lose up to £4.5 billion revenue in the three months after Brexit if they aren’t prepared for March 29. It also predicts that the industry is currently worth £178 billion annually and could face losses of up to 10 per cent over the second quarter of 2019 if steps were not taken to mitigate the potential fall out.

Meanwhile, Kendrick said that as a retailer he wants to see some clarity in the direction the UK was heading so that he and other retailers can implement a logical plan. “These events, combined with lower consumer confidence, lead to further drop in retail sales,” he told Retail Gazette. “If a no-deal ends up being the direction the country takes, then hopefully sense will prevail and the March date will be extended so that both sides can agree the smaller ‘side negotiations’ and disruption is kept to a minimum.”

While a no-deal Brexit’s impact on the pound remains uncertain, the cost of imports and raw materials could become more expensive as retail prices would be increased if the pound value weakens further than it already has since the referendum.

“Retailers don’t have any control over the strength of sterling, but they can make changes to their supply chain and sourcing strategies to counteract an increase in prices,” BigCommerce Europe vice president Mark Adams told Retail Gazette.

However, the situation doesn’t mean retailers will meet their end. In fact, retailers can capitalise on the weakened sterling with the fluctuation of tourists coming into the UK for cheaper products. Adams said Brexit provided an opportunity for retailers despite their fear of its repercussions.

“If you look at the impact of the referendum, and subsequent drop in sterling value, had on retail you’ll see that lots of international shoppers came to the UK to purchase goods 10-15 per cent cheaper,” he said. “This created a tourist uplift and retailers relished the effects.”

The tourist uplift could work particularly well in favour of luxury retailers, with a potential influx of American, Arab and Chinese travellers spending thousands of pounds during their stay in the UK.

Furthermore, earlier this month tax refund company Global Blue published a report that labelled the UK as the second most popular destination for tax-free shopping in Europe, with £3.4 billion tax-free sales recorded in 2018 from international travellers visiting the UK.

If a no-deal Brexit were to go ahead, luxury retailers can capitalise on a likely uptick of tourists, especially as transactions in the UK by Gulf tourists is expected to grow by five per cent and 25 per cent by American shoppers within the next few months, Global Blue reported.

However, if the UK does manage to negotiate a deal, the UK would likely see a strengthened pound and therefore less inflationary pressure. Kendrick told the Retail Gazette that a soft Brexit could also mean retailers would have more time to plan and react.

“If the deal is agreed, we enter a transition period and, whilst the potential for long term trade deals remains unknown, we will have time to plan and react; the retail sector will adapt to new rules,” he said.