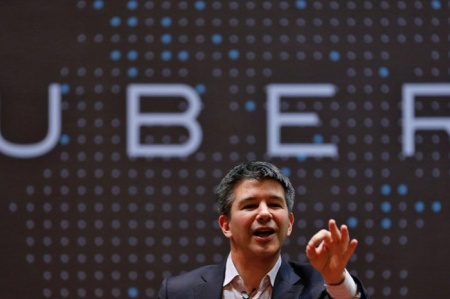 A week after Travis Kalanick announced that he would take a leave of absence, the Uber CEO has gone one step further and stepped down as the ride-hailing company’s top executive.

The move came under pressure from Uber’s top investors, including Fidelity and Benchmark, who asked Kalanick to resign in the wake of numerous scandals that have plagued the company in recent months.

Uber has been swept up in a swirl of societal discontent recently — and it’s hurt the brand. It’s something that branding experts say could’ve been avoided.

Here are the lessons that other companies can learn from Uber — and Travis Kalanick’s — spectacular rise and fall:

In the face of crisis, respond swiftly

In the age of social media, where everything is instantly amplified, brands cannot afford to sit back and expect crises to fizzle. Controversies can swell way beyond their expectations, and their response needs to be prompt if they want to minimize the damage to their reputations

“There are no easy fixes for a company so rocked by scandal,” Jeremy Morgan, a partner in Lippincott’s organizational engagement practice, wrote in Fortune. “In today’s transparent, social world, token gestures carry little weight.”

Uber’s brand first took a hit when it appeared to try to profit off a taxi strike in New York City back in January. It was a tone-deaf move since the strike was a protest against the Trump administration’s first attempt at an immigration ban. Its troubles only intensified when former employee Susan Fowler raised serious allegations of sexual harassment and discrimination at the company in February.

While the company stepped up, and eventually released results of an intensive, months long investigation, it came too little, too late. Branding experts said that not only should the company have demonstrated better commitment in dealing with the crisis, but also that Kalanick should have stepped aside long ago.

“They were extremely slow to react and respond,” said Andy Gilman, CEO at crisis communications firm CommCore Consulting Group. “Only now do they seem to be saying that this is serious.”

A company’s CEO is not only a company’s face, but also the single biggest reflection of corporate character. There is no way to avoid the fact that the way your CEO is viewed will directly impact the way a brand is received, said Ben Ricciardi, CEO of branding agency Times10.

That can be a very good thing. Think Tesla, for example. Or bad, as was the case with Uber.

“Kalanick was toxic for the brand given his perceived indifference to the problems surrounding the company, which not only eroded public trust but likely impacted internal culture as well,” said Susan Cantor, CEO at Red Peak Branding. “His departure is the first step to remedying both.”

Kalanick’s exit may seem like a big blow, but it’s not the end of the road for Uber. Plenty of executives have departed during times of crisis, and the companies have done just fine, including Wells Fargo after its phony bank and credit-card account scandal last year, Volkswagen with its emissions cheating scandal in 2015 and even Apple when Steve Jobs first left.

If anything, Kalanick’s departure is the first step Uber needs to reinvent itself.

“Kalanick’s presence was symbolic of the apathy and toxicity that has characterized Uber of late, and his resignation is the first step to rehabilitating their brand image,” she said.

Make your employees and consumers your advocates

Uber’s current troubles stem from the fact that it let its employees and its drivers down. With its laser-focus on products and services, it overlooked the very people that would give it the first line of defense in that hundreds of thousands of brand loyalists could defend its moves, said Times10’s Ricciardi.

“Your employees are your greatest ambassadors. Or they are not,” he said. “When past and current employees reflect negatively on your company’s culture or approach, it can, and most likely will, suffer greatly.”

Uber needs to treat its drivers better, and invest in community-building efforts, said Chris Allieri, founder and principal of the public-relations firm Mulberry & Astor. Perhaps it could take a page from competitor Lyft’s playbook, who has embarked on an aggressive campaign to position itself as a socially conscious alternative in a crowded field, and is ramping up it marketing as well as community engagement efforts.

“Uber’s example shows that brands need to have ongoing community relations efforts,” Allieri said. “Not just market to them and do crisis communications in times of need.”

The Bay Area’s tech startup culture, which Uber personified, has long been heralded as a huge plus. But the very brash irreverence that propelled Uber forward at first ended up being responsible for its downfall. Uber lacked a cohesive culture and corporate character, and ultimately, its go-getter, adversarial and combative culture ended up coming back to bite it.

“In today’s day and age, a brand needs to stand for something, and unfortunately there was no rallying cry around Uber,” said Mulberry & Astor’s Allieri. “Had Uber aligned itself with and had a stronger take on community, environmental or political issues, they might have had a bit more of a halo around them.”

Culture is more important today than ever before, and consumers expect brands to have causes and reward altruism, added Red Peak’s Cantor.

“Altruistic companies have a higher rate of retention and greater resonance with the audiences,” she said.

Evolution of Retail, the Gender Gap