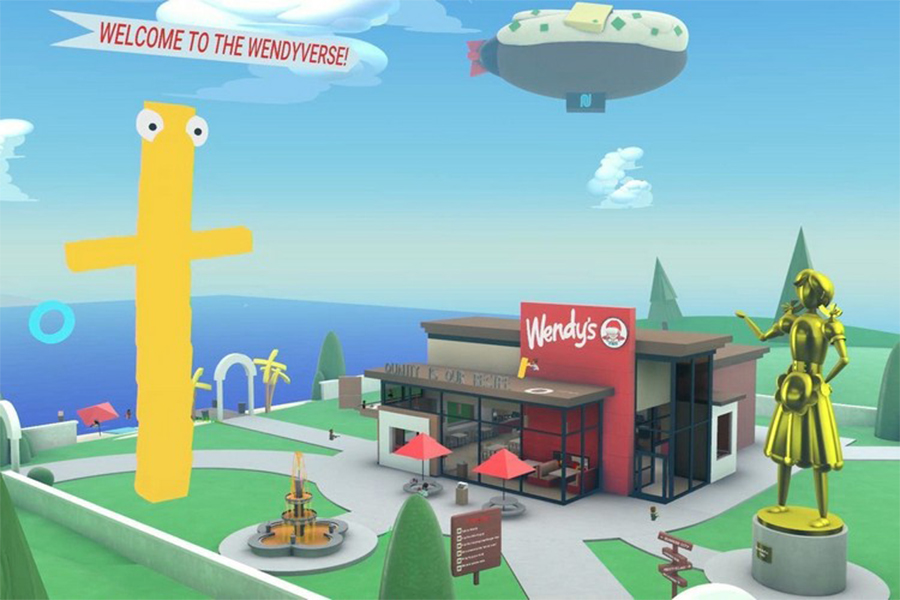 A growing number of brands are launching campaigns in the metaverse as a means of promoting engagement and a sense of community among fans. Now Wendy’s – hot on the heels of some other recent campaigns aimed at younger consumers – is getting in on the virtual action.

Wendy’s has unveiled the ‘Wendyverse,’ a branded virtual reality (VR) experience located in Meta’s Horizon Worlds platform. Though visitors to the Wendyverse won’t be able to enjoy a Frosty or bite into a Baconater, the brand hopes that its new virtual location will provide a unique experience that will foster strong engagement – especially among younger consumers. “Establishing a new form of community, Wendyverse will give fans the exciting opportunity to interact with each other – and the QSR [quick-service restaurant] Queen – in ways never seen before,” the brand said in a statement.

The new metaverse activation is being described as “the first phase,” suggesting an ongoing campaign with multiple iterations. This opening phase will take place in two pieces of virtual real estate: there will be the Wendyverse Town Square Central, described as “a Wendy’s restaurant fans know and love – replicated in the virtual world,” and there will also be the Wendyverse Partnership Plaza, a virtual basketball court built in observance of the final round of March Madness.

“For years we’ve been meeting our fans in unexpected ways and places with our unique approach to social media, gaming and engagement,” Carl Loredo, chief marketer for The Wendy’s Company, said in a statement. “We’re excited to take this to the next level by launching the Wendyverse in Meta’s Horizon Worlds and bringing a totally new dimension of access to our fans. Truly a first of its kind, the Wendyverse bridges the best of today with tomorrow to show up for our fans across every world – with a Frosty and fries in hand.”

The Wendyverse is being launched in Horizon Worlds, a VR video game developed and owned by Meta. Fans with Oculus Quest 2 headsets will be able to access Wendy’s virtual activation beginning April 2.

When it comes to finding new and innovative ways to stand out from the crowd and attract the gaze of younger consumers, Wendy’s has been on a bit of a roll in recent years. For example, in 2019 the brand launched a campaign on Fortnite; last year, it went so far as to open a Rick and Morty-themed pop-up restaurant. The brand also succeded in passing Burger King as the No 2 burger chain in the world, with aspirations of one day dethroning McDonald’s.

Lush launches first ever 24 hour pop up in London

Target opens new store in the heart of Times Square