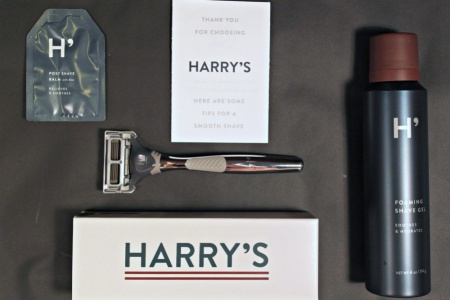 Starting May 21, the world’s biggest retailer will sell Harry’s goods in 2,200 of its U.S. stores — fewer than half of the total — and online. There are plans to further expand availability by the end of the year, according to a statement. The offering will include one exclusive item — Harry’s Truman-style razor in a surf-blue color similar to Walmart’s logo.

The rollout means that fans of Harry’s shaving and skincare supplies won’t be limited to shopping at Target, which has carried the products since 2016. The products are also available at some J. Crew stores and via third-party vendors on Amazon.

Harry’s started out as an online-only subscription service in 2013, as founders Andy Katz-Mayfield and Jeffrey Raider wanted to provide quality shaving gear without the high prices associated with brands like Procter & Gamble Co.’s Gillette.

The addition of Harry’s complements Walmart’s efforts to lure millennial shoppers with a redesigned website and upscale brands such as Bose speakers. The retail giant has also acquired digitally-savvy startups like Jet.com, Bonobos and ModCloth.

The partnership between Harry’s and Walmart was first reported by Fast Company.

How Amazon Plans To Dominate The Private Label Market

Burberry may implement fur-ban, thanks to Meghan Markle