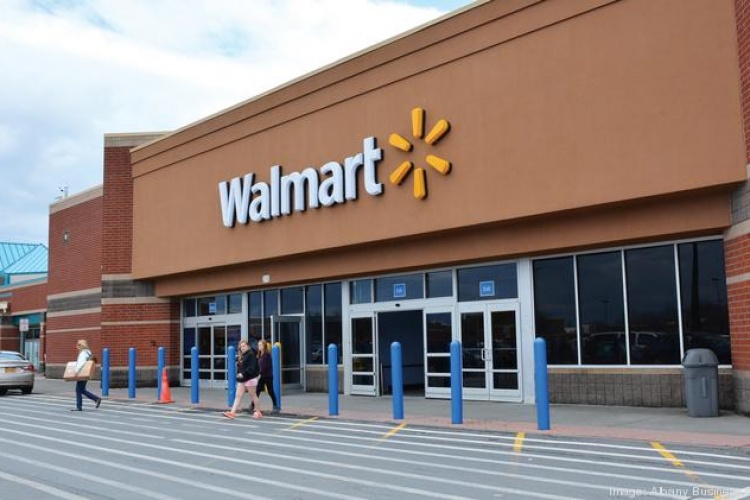 Walmart’s supercenters are known for drawing customers from far and wide. But at a time when the company is being challenged to operate with greater efficiency and impact, it’s floating a collaborative approach that stands to draw additional shoppers and generate more revenue from existing real estate.

Perusing the Walmart Town Center website reveals a grab bag of concepts that seek to mold supercenters’ acreage into not just mall-like retail collections but gathering spaces, as well. Some of the projects call for green spaces and recreational facilities in addition to restaurants, coffee stands and shops built inside hip storage containers. A development in Tumwater, Washington, calls for a dog park and a coffee shop. The Longmont, Colorado, supercenter project will feature basketball courts, an ice skating rink and skateboard park.

Walmart plans to customize each project to the local community, meaning that unlike the interiors of its cavernous supercenters, no two locations will look alike. Still, there are some common touches, including the Pickup Towers that dot numerous developments — underscoring Walmart’s push for e-commerce reach and convenience even as it updates its physical locations.

“We want to provide community space, areas for the community to dwell — a farmers market, an Easter egg hunt, trick or treating,” Johnson said, according to the Atlanta Business Chronicle. “We want to provide pedestrian connectivity from our box to the experiential zones that are planned on our footprint. We want to augment these experiences and activities with more food and beverage, with health and fitness, essential services and entertainment.”

Walmart stands to generate significant revenue as landlord. And names like Chipotle and Orangetheory are likely eager to occupy valuable real estate next to the nation’s largest retailer. Operating retail developments like this isn’t a new concept for grocery operators. Publix, for one, owns shopping centers throughout Florida that are anchored by its stores. Creative partnerships also aren’t a new concept. Hy-Vee, for instance, co-locateswith Orangetheory in a few spots and plans to follow this blueprint with future locations.

But no retailer can match Walmart’s scale with these developments. This means the company can likely negotiate favorable rent agreements. As a consultant interviewed by the Atlanta Business Chronicle points out, many supercenter sites, particularly population dense ones, have grown considerably in value since the ’90s and early aughts, when Walmart went on its nationwide building spree.

Most important, though, is the potential Walmart has to draw new shoppers to its stores. The low-price leader has been courting younger, more affluent consumers of late with an enhanced assortment of natural and local foods, private label offerings and acquisitions of brands like Bonobos and ModCloth. Partnerships with the likes of Shake Shack and Orangetheory would bring more of these shoppers into Walmart’s orbit.

But will twenty- and thirty-somethings who don’t shop with Walmart start doing so just because there’s a burger joint or a dog park on the premises? The retailer wants to create mini communities around its supercenters, but shoppers may be turned off by the idea of spending time at a Walmart-branded ice-skating rink or a coffee shop with a large orange Pickup Tower next to it.

Striking the right balance between consumer and corporate needs with these concepts — not to mention effective cross-promotions and deals with nearby retailers — will be key to the success of Walmart’s town centers.

Ultimately, this announcement underscores how, for all of its investments in e-commerce, Walmart still sees physical spaces and the in-store shopping experience as paramount to its success. It’s also yet another example of the retailer trying to leverage its strongest assets into even greater advantages.