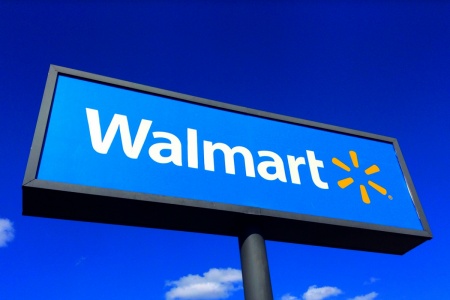 The pending acquisition of Spatialand, according to a Reuters report, will spur VR product development for the mega retailer’s website and store locations.

The news comes just weeks after a Store No 8 leader spoke about the incubator’s focus, mission and strategy at the recent NRF “Big Show” held at the Javits Conference Center in New York City.

Virtual reality, said Lori Fleet, Store No 8 senior vice president, next generation of retail, “is a critical technology in providing customers information and tools for the purchasing decision…one that will change how people will shop.”

Store No 8 is named in honor of the retail conglomerate’s eighth store in Arkansas where founder Sam Walton piloted and tested retail strategies and innovation.

Walmart announced the incubator’s launch in March, 2017, stating it would focus on VR, personalized shopping strategies and delivery advancements including drone and autonomous vehicle technology, as noted by a Bloomberg report.

Marc Lore, founder of Jet.com, which was acquired by Walmart and who serves as CEO of Walmart’s U.S. e-commerce division, described Store No 8 as an investment effort when it was announced.

“We’ll be bringing in entrepreneurs and giving them capital,” Lore stated at the Shoptalk conference in Las Vegas last March. “And give them the opportunity to change the course of retail five or 10 years out.”

Store No 8, as described on its LinkedIn profile, is focused on “developing leapfrog capabilities that will transform the future of retail” and “bring radical innovations to the physical, digital and virtual retail experience, acting as a force driving commerce forward.” It’s also investing and partnering with venture capitalists and academics.

Just one month after its launch, Store No 8 announced it had hired Jenny Fleiss, co-founder of Rent the Runway, as co-founder and CEO of the incubator’s first portfolio company, called Code Eight, focused on developing high personal one-to-one shopping experiences.

In January 2018, Store No 8 announced it had hired Bart Stein, former CEO and co-founder of Wim Yogurt Inc. as well as his team to build intelligent technology and operate the incubator’s second portfolio company, Project Franklin.

Now, as Store No 8 arrives at its first birthday, Fleet envisions it as shaping the future of retail by fostering VR solutions. It’s about attracting top talent, moving fast as a startup and supporting innovations on a budget, she said during her NRF talk.

The first goal, attracting talent, has already proved not to be as daunting as predicted, she said.

“We are pleasantly surprised at the interest shown into what we’re doing and it’s not the top challenge as expected.”

The incubator, she explained, is looking two to three to five years out in terms of technology and seeking emerging technologies in their earliest stage.

“We’re figuring out partners because we can’t build things due to the speed needed,” she said.

Overall, Store No 8 is about one big focus: to “disrupt ourselves before others disrupt us,” said Fleet. “It’s about going fast, learning and replicating.”

Fleet said she believes the future of retail is a combination of the physical and digital, but one that needs to be as seamless as Uber, the ride sharing app that has transformed the livery business across the world, and boasting product pickup “as easy as the Chik Fil A experience,” she added.

And, just as importantly, Store No 8 isn’t interested in buying and then dismantling innovative start-ups, she stressed.

“We keep the acquired talent and the strategy is aligned for multiple years as we’re focused on delivering the entrepreneur’s vision on the Walmart platform.”

Amazon's Delivery Dream Is a Nightmare for FedEx and UPS

Burberry Teams up with Farfetch in Online Push