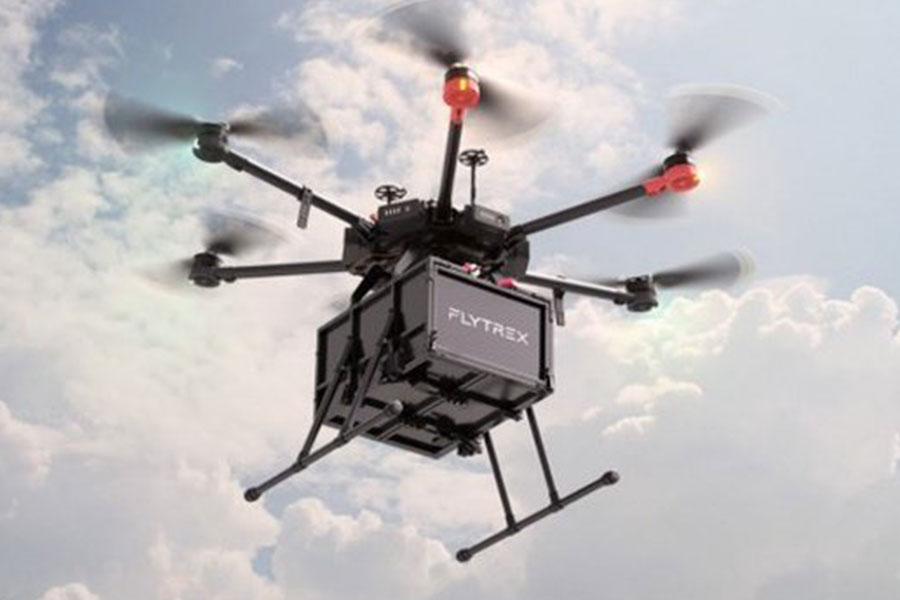 But as flights take off in North Carolina, Walmart acknowledges the last-mile delivery method is still in the early days.

“We know that it will be some time before we see millions of packages delivered via drone,” Tom Ward, senior vice president for customer products at Walmart, said in a statement. “That still feels like a bit of science fiction.”

Walmart is preparing for this new world. It has patented dozens of drone delivery solutions and began detailing its plans in a request for exemption filed by its logistics division to the FAA in 2015.

“The flights would confirm the ability of a [unmanned aerial] vehicle to deliver merchandise packages from the retail facility out to a point in the parking lot where the packages could be accessed by a customer,” Walmart said in the document to the FAA. In five years, Walmart has taken tests from the parking lot to consumers’ homes.

A video of a delivery provided in Walmart’s blog post this week shows a compartment in the drone loaded with a bag before the flight and lowered onto the lawn of a customer on a cable and released when it reaches its final destination. The drone in the video stays above the tree line throughout the delivery.

“In terms of receiving the drone delivery, customers can download the easy-to-use Flytrex app to place an order from Walmart, and they’ll be updated on its status along the way until it arrives at their house,” a Flytrex spokesperson said in an email.

The Fayetteville tests will take place at a Walmart on the west side of the city chosen for its proximity to residential neighborhoods, a Flytrex spokesperson told The News & Observer.

The race for retail drone deliveries has picked up the pace in recent months with Amazon, UPS, Walgreens and Rouse Market all taking steps toward making the technology part of their supply chains. Last week, the FAA granted Amazon clearance to operate its drone delivery technology on a limited rural test range.

Walmart did not specify in its blog post what the next steps will be following the Fayetteville pilot, but Ward said lessons and learnings from the program “will help shape the potential of drone delivery on a larger scale.”