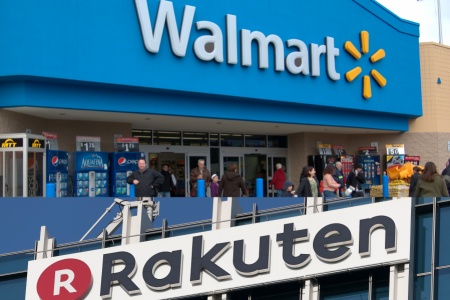 World retail leader Walmart has entered into an alliance with Rakuten, Japan’s biggest e-commerce operator, that will expand both companies’ consumer reach in Japan and the United States.

According to wwd.com, the partnership consists of two parts: an online grocery delivery service in Japan, and an ebook service in the United States. In Japan, Rakuten will form a joint venture with Walmart subsidiary Seiyu to launch Rakuten Seiyu Netsuper, a service that will offer a more convenient shopping experience that meets the changing needs of customers in Japan. Rakuten Seiyu Netsuper will establish a dedicated fulfillment center, which will supplement deliveries made directly from Seiyu stores. The service will offer fresh produce, non-perishable products, pre-cut vegetables, partially prepared foods and meal kits, as well as local gourmet products from merchants on Rakuten’s online marketplace.

In the United States, Walmart will become the exclusive mass retail partner for Rakuten Kobo, a Canada-based subsidiary of Rakuten. Through the partnership, Walmart will offer ebooks, audiobooks, digital book cards and Kobo e-readers. All eBook content will be accessible through a free, dedicated Walmart and Kobo app for iOS and Android devices, a desktop app and Kobo e-readers.

7-Eleven completes $3.3B purchase after agreeing to divest stores