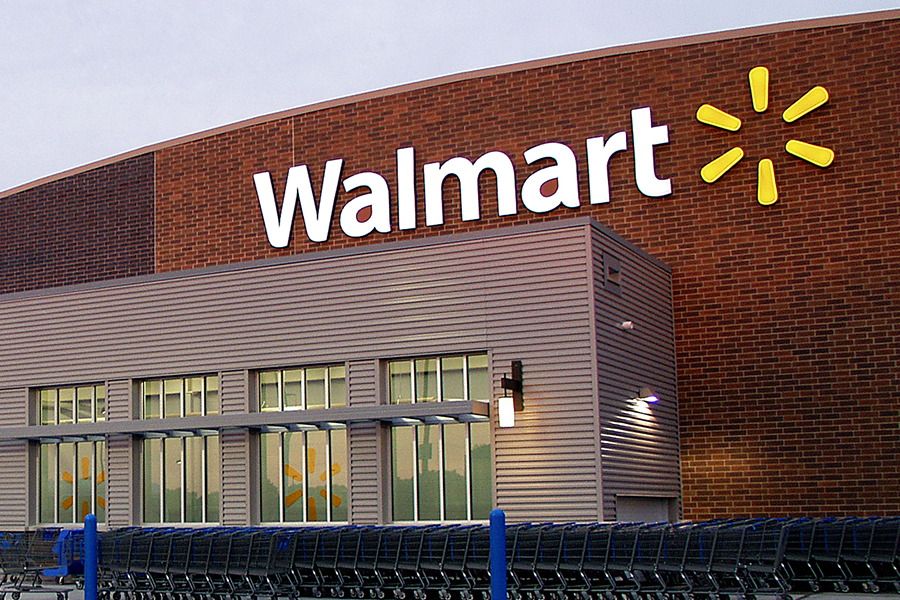 Walmart used to be one the main players in the entertainment industry. And the people who made that entertainment were generally not happy about that, but felt like they had no choice but to play along.

In the 1990s, Walmart  (WMT)  wasn’t just one of the most popular retailers in America, it was also one of the biggest sellers of CDs. But Walmart had policy that they would only carry “family friendly” material, and had what some artists called a heavy, censorious hand. They would card customers for the few R-rated films they carried, and demanded edits to albums.

Albums by Eminem and DMX were filled with so many bleeps (in place of curse words) that they often resembled instrumental albums. Walmart wouldn’t stock Nirvana’s album In Utero until the band reluctantly edited the back album art and changed the song “Rape Me” to “Waif Me.”

But as streaming took over, retailers had less control over the distribution of entertainment, and Walmart lost its foothold. Walmart’s previous attempt to launch a streaming service didn’t happen, but now it seems that the company might be taking a different approach.

Walmart Is In Talks To Expand A Popular Feature

Entertainment didn’t just move online in the ‘00s, so did retail. In an effort to stay competitive with Amazon Prime  (AMZN) , the company introduced its membership program Walmart+ in 2020, which costs $98 a year. It’s similar to Amazon Prime in that it expedites checkout and gives the customer free shipping. (It also provides discounts on gasoline.)

But unlike with Amazon Prime, you don’t get access to a library of films, not does the service offer original television series. But you do get six months of Spotify for free.

A streaming service, in theory, could help draw in new customers to the Walmart+ subscription. (And would keep those same customers away from Amazon Prime.)

The New York Times recently reported that Walmart is interested in adding streaming to its Walmart+ service, but it’s not what people think. It would appear that rather than making its own television shows and films, a rather costly endeavor which would require hiring executives and producers away from streaming services and Hollywood studios, it’s looking to cut deals with streaming services to license some of their content.

“In recent weeks,” The Times notes, “executives from Paramount, Disney and Comcast have spoken with Walmart, the people said, as the retailer ponders which movies and TV shows would add the most value to its membership bundle.” That said, the report also states “It is unclear whether any of the streaming companies are inclined to reach a deal with Walmart.”

The possible upside for Paramount  (PARA) , Disney  (DIS)  and Comcast  (CMCSA) , which respectively own Paramount+, Disney+ and Peacock, is  that they could earn some licensing fees, and introduce a new audience to some of their material. (We can safely assume that Walmart is only interested in licensing family friendly material. Though who knows, maybe Walmart is feeling spicy enough to license Hulu’s Emma Thompson-starring sex-worker film “Good Luck to You, Leo Grande.”)

There is a precedent for this sort of thing, as streaming services have partnered with companies in order to open up new subscriber bases. Verizon  (VZ)  and T-Mobile (TMUS)  have offered free and discounted subscriptions to Disney+ or Netflix+ for signing up.

Walmart has been trying to regain its dominance in the entertainment industry for a while now, but they never manage to break through.

It purchased the digital video store and streaming service Vudu in 2010, which featured a Family Play option that removed scenes from films to make them “family friendly.” But Walmart never did much with the service, and sold it to Fandango in 2020.

In 2018, Walmart reportedly had plans to launch an actual streaming service, apparently inspired by the initial success of the “Roseanne” reboot, which quickly went off the rails following star Roseanne Barr’s racist comments. The service was apparently going to be aimed at “Middle America” according to The Wall Street Journal. (This is almost certainly code for “conservative.” Walmart famously donates heavily to the Republican Party.) The idea fell through, owning to the high costs of creating original content. But maybe this approach will finally get some attention to little seen shows like Disney+’s “The Mandalorian.”