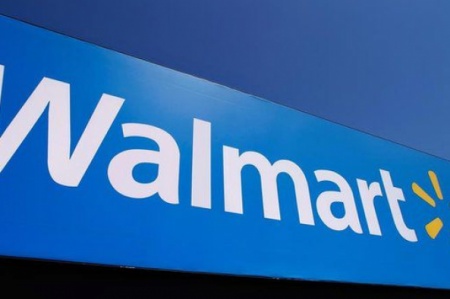 All credit cards charge fees to retailers, which generally are between one per cent and 2.5 per cent of the cost of what’s being sold. The fees depend on the type of card the customer is using — cash-back and premium cards generally have higher fees — and the type of retailer they’re shopping at.

Walmart Canada quietly made the announcement on Saturday that it would gradually stop accepting Visa cards at all of its locations, citing “unacceptably high” fees.

But a statement from Visa said the credit card company offered Walmart “one of the lowest rates available to any merchant in the country.”

Doug Stephens, a Toronto-based retail analyst and strategist, noted that both sides will likely see disadvantages to this deal.

“If you can’t walk into a mass merchant and use a Visa card, that’s going to seem very strange,” Stephens said.

“You can’t ignore the fact that Visa has a tremendous market share,” he said. But he added, “If you do business with Walmart, and Walmart ceases to do business with you, you can’t help but feel that.”

Consumer finance industry newsletter Nilson Report says that Visa made up 56 per cent of credit card transactions globally in 2015, and Wal-Mart Stores Inc., Walmart Canada’s parent company, is widely reported to be the world’s largest retailer.

“At the end of the day, when we strip everything out of the debate, we’re dealing with the potential that six out of ten customers will come into a Walmart store and be disappointed that they can’t use their credit card,” Stephens said. “Competition is extremely tough. This is not a good time to limit your consumer’s ability to buy from you.”

He pointed out that this isn’t the first time the two titans have clashed — in the U.S., Wal-Mart is currently suing Visa for the methods it uses to verify transactions, and the companies have also reportedly butted heads over fees, although American stores will still accept Visa cards despite the change in Canada.

He said Walmart’s analysts have likely crunched the numbers, and determined that without having to pay Visa’s fees, which the company characterized as “unacceptably high,” it would stand to make more money than it loses.

While debit cards charge only a couple of cents to retailers per transaction, no matter how much money is being spent, merchants get charged a percentage of what they sell to customers using credit cards.

But MasterCard also offers lower rates to large retailers — as low as 1.26 per cent for those that have a minimum “net purchase volume” of $3 billion.

According to the statement posted on Walmart’s website, the first stores to stop accepting Visa will be in Thunder Bay, Ont., starting July 18. After that, it will be rolled out Canada-wide in phases.

A representative from Walmart said the company chose to start in Thunder Bay because the stores in the northern Ontario city have the infrastructure to easily make the change. He said Walmart started informing Thunder Bay customers of the change on Thursday.

Walmart has more than 400 locations in Canada, and more than 11,500 worldwide.

Walmart isn’t the first store to stop accepting Visa — No Frills doesn’t accept Visa or American Express, saying that they are too expensive for their business. And Costco only accepts MasterCard.

Walmart says it will continue to accept MasterCard, American Express and Discover cards.

A representative from Visa Canada said in a written statement that the company “regrets” Walmart’s decision, and that it will have a “negative impact” on Walmart’s shoppers.

Walmart Canada said it’s holding out hope that it can “reach an agreement” with Visa for lower fees.