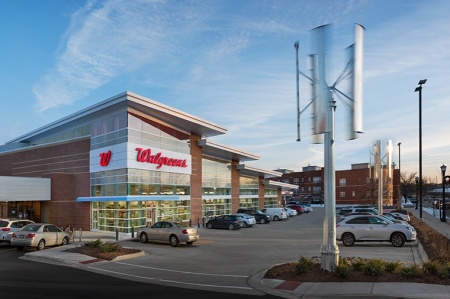 The move is essentially an ultimatum, letting antitrust regulators
know that the companies consider the information and actions they’ve
taken to gain approval for its proposed merger with rival Rite Aid to be
sufficient and complete. The FTC has 60 days to respond.

The drugstore rivals agreed in January to reduce the price for each share of Rite Aid common stock to be paid by Walgreens to a maximum of $7.00 per share and a minimum of $6.50 per share, or $7.37 billion to $6.84 billion, down from the $9 per share or $9.4 billion under their previous merger plan announced in 2015. In addition, Walgreens Boots Alliance agreed to divest up to 1,200 Rite Aid stores and certain additional related assets to obtain regulatory approval.

Walgreens Boots CEO Stefano Pessina has been adamant about carrying through with the merger. If it is scuttled, Pessina told analysts in January that the company had “no plan B.” Later that month, at Walgreens’ shareholders meeting, he said the organization was “actively engaged in dialogue with the FTC” and declared “We’ll do anything we can to support their work.”

But that attitude may have run its course. This ultimatum gives regulators two months to decide one way or another, finally capping off a process that has dragged for close to 18 months. But it’s risky, because it could force the FTC to decide against the merger if it believes its antitrust concerns have yet to be adequately addressed.

In his statement, Rite Aid Chairman and CEO John Standley noted that the retailer’s teams “did a tremendous amount of work to deliver to the FTC the information to substantially comply with the Second Request.

While investors are mostly demonstrating patience, some observers aren’t all that sanguine about the deal’s prospects, considering the antipathy the FTC showed against mega-mergers, including deals involving retailers, at least in the Obama era. Last May, for example, regulators halted a proposed $6.3 billion tie-up between Office Depot and Staples, despite Amazon’s entry into the office supplies retail and business contracts spaces.

Concerns about the merger, which would create a drugstore retailer bigger than number one rival CVS Health, include the effect on pharmacy benefit prices in corporate and government drug plans. CVS has reportedly also warned the FTC that the sale to Fred’s isn’t sufficient to ensure competition, comparing the situation to Safeway’s sale of 146 stores to Haggen Holdings in 2015 in order to win antitrust clearance for its merger with Albertsons. Haggen went bankrupt last year and sold some stores back to Albertsons in the process.

A spokesman from Fred’s told Retail Dive earlier this year that
the company is in a good position and is also working closely with the
FTC.

H&M arrives in Colombia to cheers and jeers