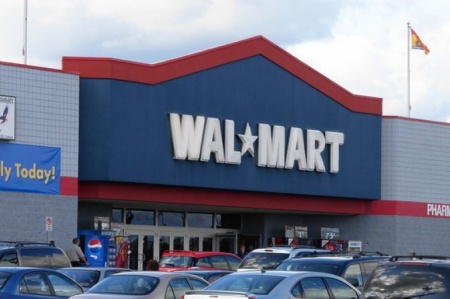 Wal-Mart is launching a partnership with online auto sales company CarSaver to sell cars at 25 Wal-Mart Supercenters in Houston, Dallas, Phoenix and Oklahoma City according to a report from Auto News.

CarSaver will launch the program on April 1 and include dealership partners like AutoNation, which will initially roll out the program at 16 AutoNation stores.

Wal-Mart has a pilot under way with CarSaver, in Stuart, FL and is “still evaluating customer response,” a Wal-Mart spokesperson told Retail Dive.

This partnership leverages CarSaver’s digital platform, which includes a no-haggle car-buying service and allows customers to select financing and insurance, as well as the cars themselves, from its website. But it also gives CarSaver a popular brick-and-mortar outpost while helping Wal-Mart maximize the use of its sprawling big-box supercenter stores.

So far through the pilot effort, lenders and 20 dealerships have seen some 80% of appointments through the partnership led to a sale, according to the Auto News report.

​A service that includes help securing financing and that foregoes the high-pressure auto sales tradition could be a boon to Wal-Mart customers. Wal-Mart has long offered services geared to its customer base, which includes a lower-income demographic that often struggles to get credit; many Wal-Mart customers don’t have bank accounts. The retail giant provides services like banking alternatives, medical care and has even struck deals to have lower-cost law offices near its stores.

Wal-Mart isn’t the only retailer to get into the auto business: Warehouse retailer Costco sells new and used cars, motorcycles and RVs, and provides financing. Through the program Wal-Mart aims to sell 1,000 cars a year, on par with Costco’s auto sales, according to the report. If the program goes well, CarSaver told Auto News it would hopefully expand to Wal-Mart stores across the country within the next two years.