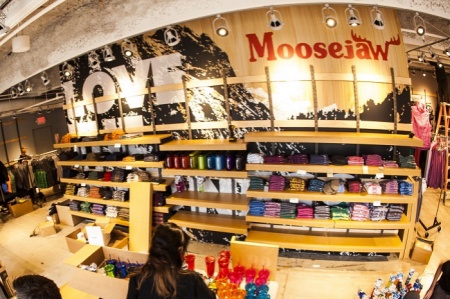 Wal-mart has snapped up another online retailer, its third in five months, as it works to close the gap with Amazon.com

The world’s largest retailer said Wednesday that its online division spent roughly $51 million to acquire Moosejaw, a web retailer that specializes in outdoor apparel and goods.

Moosejaw’s “strong heritage” in the outdoor space and its relationships with more than 400 “cherished” brands, make it a good addition to Wal-Mart’s portfolio, spokesman Ravi Jariwala told CNBC.

Those brands include Patagonia and The North Face, whose merchandise Wal-Mart currently does not sell. However, Moosejaw suppliers that are interested in selling their products on Wal-Mart’s other websites (including Walmart.com) will have the option to do so, Jariwala said.

The company has added several tools to its online arsenal since late 2016. It started with the $3 billion purchase of Jet.com in August, which brought in Jet Chief Marc Lore and led to a reshuffling of Wal-Mart’s digital team. Then, in late December, Jet acquired the online footwear retailer ShoeBuy for roughly $70 million.

Wal-Mart’s e-commerce sales increased 20.6 percent in the third quarter, marking an acceleration from the prior three-month period.