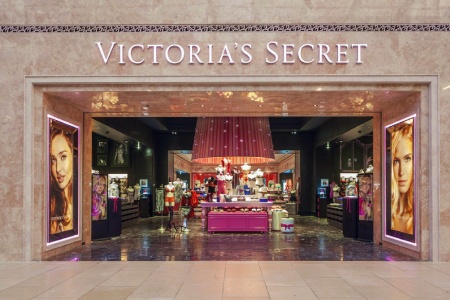 Lately, Victoria’s Secret has been all over China’s digital space. Its fashion show in Paris was a trending topic on microblogging platform Weibo last week. That’s partly because it used a record number of Chinese models, and because of discussion about the Chinese-inspired outfits on the runway; some commenters saw the designs as tacky or pandering to stereotypes about Chinese tastes.

The show’s livestream had 10.3 million views on internet giant Tencent’s video platform; later, some users of Tencent’s hot mobile app WeChat were served an ad guiding them to replays.

Most importantly, the U.S. brand has launched sales online in China through Alibaba’s Tmall platform. But there’s something missing: Its long-planned Shanghai flagship still hasn’t opened yet. That means there are still no stores selling the brand’s trademark bras and lingerie in mainland China, no place to touch and see the products and try them on.

Victoria’s Secret has taken an unusual path into China, with some unexpected twists. Before bringing its brand here, it faced problems with unauthorized stores, counterfeits and even fake Victoria’s Secret runway shows.

When Victoria’s Secret officially arrived in the mainland last year, the focus wasn’t on lingerie: The brand’s name appeared on concept shops selling accessories, perfume and beauty items. That might have been an attempt to get a feel for the market and build its brand locally before going all-in with lingerie. Those 26 stores were run by a franchise partner, but L Brands said in May that it was buying them, and more fully devoting itself to the market.

Victoria’s Secret’s planned Shanghai flagship is in a prime shopping space formerly occupied by a Louis Vuitton that closed, a victim of China’s luxury slowdown.

China’s lingerie market is very fragmented, and though there are strong local players including Cosmo Lady China Holdings and Beijing Aimer Lingerie, no one brand controls more than few percentage points of the market.

While general economic growth and some categories – including luxury – have slowed in China, the market for underthings is seeing solid growth. The retail value of women’s underwear in China grew an average of 11.6% annually from 2010 to 2015 to reach $18.9 billion, and it’s expected to hit $26.1 billion by 2020, according to Euromonitor International.