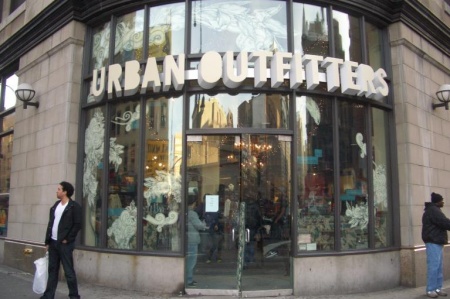 Here’s the good news for Urban Outfitters Inc. in the second quarter: Shoppers visited the retailer’s e-commerce sites more often than they did during the same period a year earlier and their conversion rate rose.

All in all, the retailer, No. 39 in the Internet Retailer 2016 Top 500 Guide, posted “double-digit” sales growth in its direct-to-consumer channel, largely online orders, which helped the direct channel outpace store growth, said Frank Conforti, the retailer’s chief financial officer, Tuesday during a conference call with analysts. Urban Outfitters does not break out online sales in its quarterly earnings reports.

The retailer’s total sales grew just 2.6% during the quarter.

For Urban Outfitters to grow, it needs to distinguish its products, CEO Trish Donnelly said. “Today more than ever, product differentiation is critical not just as a traffic driver to both direct-to-consumer and stores, but more importantly it’s an obligation we have to our core customer,” she said. “Our customer looks to us for unique product, and first to trend and exclusive product offerings ensure her she won’t be wearing something offered anywhere else.”

Beyond the products, the retailer is focused on developing so-called omnichannel efforts that tie together its online and offline operations.

“With a majority of our direct-to-consumer traffic coming through mobile devices, the direct and retail experiences need to be seamless, and [we are] committed to supporting this with the necessary team and resources,” she said.

One area of strong growth for the retailer is social media. Urban Outfitters grew itsInstagram followers 65% year over year; it now has more than 5 million followers and is adding more than 200,000 each month on average. In addition to its national Instagram accounts, the retailer’s stores manage local accounts. Those accounts have nearly 700,000 followers total as of July 31 and attracted roughly 19 million likes during the quarter.

The retailer also noted that its Snapchat viewership has been growing 25% month over month. “This channel has given us yet another relevant way to connects with our customers and engages in two-way conversation,” Donnelly said.

For the first half of fiscal 2017, Urban Outfitters reported:

How J.C. Penney is making stores earn their keep

China topples US to become the world’s largest retail market