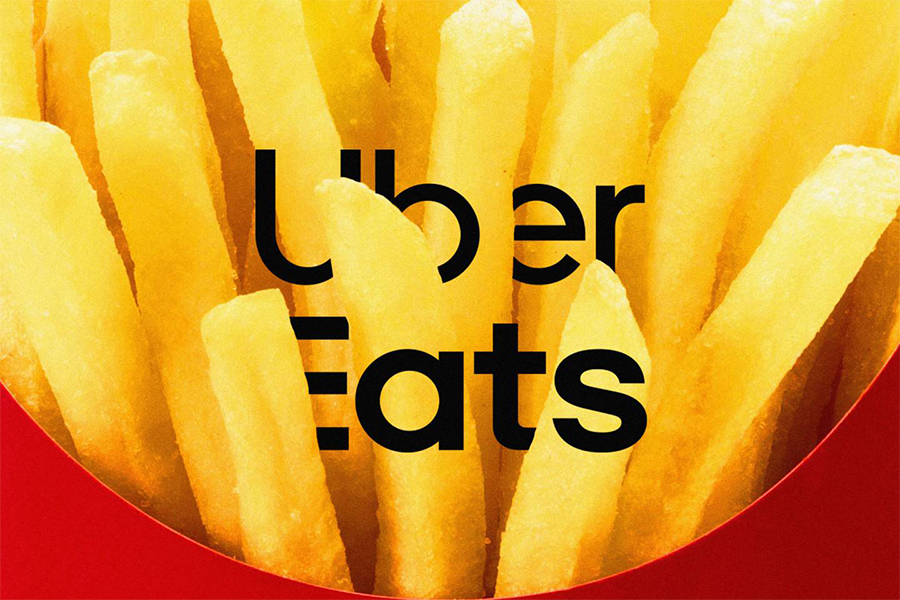 Last month, the most coveted partnership in the UK takeaway sector came to an unceremonious end. Uber Eats lost the exclusive rights to make around 15 million McDonald’s deliveries each year in the UK, after the fast-food giant announced plans to open up the relationship to include major rival JustEat.

On paper, the union was ideal. McDonald’s made around ten per cent of its business through Uber Eats in 2019 (amounting to 124,000 orders in the third quarter alone), and decided to expand its delivery services to 950 of its 1,250 UK restaurants. And sources close to Uber Eats claim that up to 60 per cent of the company’s total volume in 2019 was from McDonald’s deliveries. Uber contests the 60 per cent figure but declined to comment further.

The service, which allows customers to have their food brought to their front doors, was first tested in the UK in the summer of 2017 as a de-facto extension of Uber’s close-knit relationship with McDonald’s in the US. But as that US relationship became more fraught over fees, market sources say that McDonald’s started looking for another partner in the middle of last year for the UK too.

This fractured relationship is big news in the UK delivery sector, where McDonald’s is described in hushed tones as the crown jewel of delivery orders. Greggs is the other big player in breakfast and lunch categories – and JustEat now has a preferential relationship with them both. This means that Uber Eat’s fight to dominate the UK delivery market just got more complicated.

Of course, Uber Eats can continue to sell McDeliveries to its thousands of customers. But the major marketing campaign featuring Uber Eats delivery drivers turning up in pivotal movie scenes could soon compete with similar ones featuring JustEat. And Uber Eats will have to rely on existing customers not jumping over to its rival app if they have both.

It is new customers and those with little loyalty that could be easily swayed, a source close to JustEat says. “If JustEat were to pursue a strong customer acquisition of lots of marketing, such as 25 per cent off vouchers, then people might be persuaded to use JustEat and order McDonald’s. It would be more of a slow ebb away rather than a fall off a cliff.”

Paul Pomroy, CEO of McDonald’s UK and Ireland, said that the new partnership with JustEat will expand its offering and “give customers more choice and convenience”, pivoting towards deliveries during a tough trading period caused by inflation, and the rising cost of food and labour.

In reality, McDonald’s has shrewdly decided to tap into JustEat’s bigger footprint in the UK – it has over 30,000 restaurants in 225 locations compared to Uber Eat’s 17,000 in 200 cities and towns. If it plays its cards right, McDonald’s will grab a bigger slice of a market worth £8.4 billion in 2019.

But for Uber Eats, the timing of the McDonald’s announcement could be a disaster. In the US, its exclusive relationship with McDonald’s is already over – broken in July of last year to include rival Doordash. Before this decision there were reports that McDonald’s was trying to get Uber to lower commission fees, which involves a levy of around 15 to 30 per cent for delivery services. And internally, Uber Eats’ figures are set for further scrutiny as its own parent company, ride-hailing giant Uber, battles to become profitable for the first time.

Uber announced new plans for profitability last month to distract from disappointing financial results. Executives said that they are targeting total company EBITDA (earnings before interest, tax, depreciation and amortisation) profitability for the full year 2021, a year earlier than expected. Analysts asked several questions about the new target but got very few specifics.

Uber Eats is on track to deliver $10bn (£7.7bn) worth of food orders this year, up from $6bn in 2018, according to the company’s own projections. However, Q4 figures show that Uber Eats accounted for 75 per cent of Uber’s total adjusted losses in the three-month period ending in December.

The thing is, analysts believe that Uber Eats will lose money on every single one of its deliveries until 2024. A report issued by Cowen focused on the per-order costs, and estimated that Uber is currently losing $3.36 on every order made through the Uber Eats site. That loss is expected to shrink to $0.46 per order by 2024, but analysts didn’t say anything about when the food-delivery business might turn a profit.

“Driving better unit economics for Eats is a key issue among investors as it remains one of the primary growth engines for the company,” the report by Cowen explains.

In short, if Uber Eats does not grow far faster than expected, it will be a major roadblock in the way to profitability. In an effort to bolster profits in its core market, last year Uber Eats was among the big players to consider a merger alongside DoorDash, GrubHub and Postmates, according to a report by the Wall Street Journal. None of the negotiations reached a deal.

Uber CFO Nelson Chai told analysts that “the barbell is pretty wide” between some places but profitability comes down to a city-by-city evaluation in some cases, not country by country.

The delivery giant is not doing badly in the UK, despite there being no obvious merger partner to help it rival the proposed JustEat/Takeover merger (which is under investigation by the Competition and Markets Authority). Of course, there have been rumours about a Deliveroo takeover, before Amazon swooped in with a £442 million partnership offer in exchange for part-ownership of the business.

If the JustEat merger and the partnership between Amazon and Deliveroo go ahead after regulatory scrutiny, Uber Eats will face fiercer competition in the UK than ever before.

But Uber Eats has a plan. It aims to reduce its cap on the fees it charges restaurants in the UK and Ireland from 35 per cent to 30 per cent, according to the Financial Times.

The company is also reportedly going to allow restaurants to use the app but provide their own delivery drivers, similar to how Just Eat functions. The fee to use this service will be 13 per cent compared to Just Eat’s 14 per cent. And last week, Uber Eats said it had landed deals to make deliveries for Pizza Hut and KFC, two major restaurants that are already serviced by Deliveroo and JustEat. Will this be enough to turn the tide in Uber Eats’ favour?

“[Uber Eats is] following the path of the rides business to prove our technology and logistics expertise can create sustainable multi-billion-dollar businesses,” he says.

To do this, Uber Eats must turn its fortunes around in all of its markets, not just the UK. And for now without McDonald’s, it may have lost its trump card.

Lidl to launch packaging that makes use of ocean bound plastic