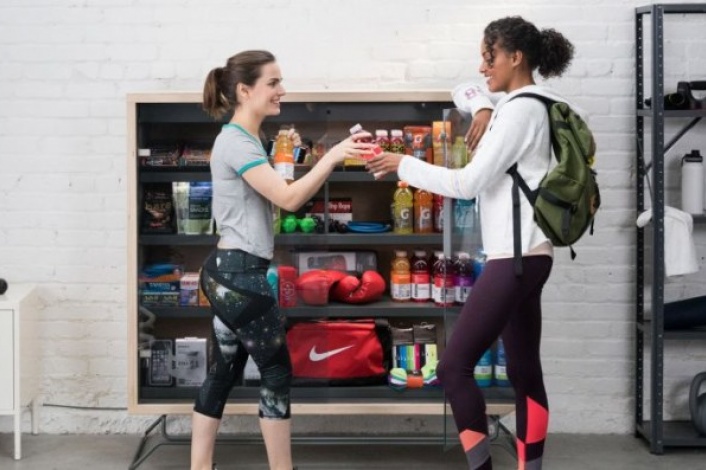 While it sometimes feels like we do all of our shopping on the internet, government data shows that actually less than 10% of all retail transactions happen online. In a world where we get our groceries delivered in just two hours through Instacart or Amazon Fresh, the humble corner store–or bodega, as they are known in New York and Los Angeles–still performs a valuable function. No matter how organized you are, you’re bound to run out of milk or diapers in the middle of the night and need to make a quick visit to your neighborhood retailer.

Paul McDonald, who spent 13 years as a product manager at Google, wants to make this corner store a thing of the past. Today, he is launching a new concept called Bodega with his cofounder Ashwath Rajan, another Google veteran. Bodega sets up five-foot-wide pantry boxes filled with non-perishable items you might pick up at a convenience store. An app will allow you to unlock the box and cameras powered with computer vision will register what you’ve picked up, automatically charging your credit card. The entire process happens without a person actually manning the “store.”

Bodega’s logo is a cat, a nod to the popular bodega cat meme on social media–although if the duo gets their way, real felines won’t have brick-and-mortar shops to saunter around and take naps in much longer. “The vision here is much bigger than the box itself,” McDonald says. “Eventually, centralized shopping locations won’t be necessary, because there will be 100,000 Bodegas spread out, with one always 100 feet away from you.”

IKEA creates lifelike pictures of furniture in your home